Many people have heard the adage that says ‘loose lips sink ships‘ and in the digital age, an idle comment on social media could also cost you your job as Fox Deportes reporter Erika Reidt may soon discover.

Erika posted a comment in reference to the Eric Garner, who  lost his life due to being suffocated by a New York City police officer incident. The idle comment resulted in outrage on Instagram and has allegedly resulted in her being suspended from her job.

So, what did she say that was so bad?

She commented on a picture of Kobe Bryant wearing an “I Can’t Breathe” shirt that’s meant to support the side of Eric Garner, Reidt expressed her disapproval.

“I’m gonna start wearing a shirt that says ‘I can breathe because I obey the law,’” wrote Reidt in her comment. 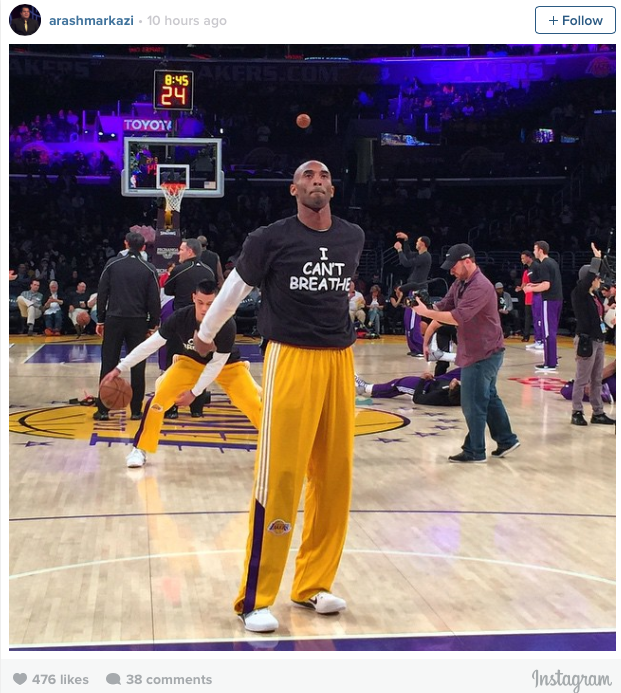 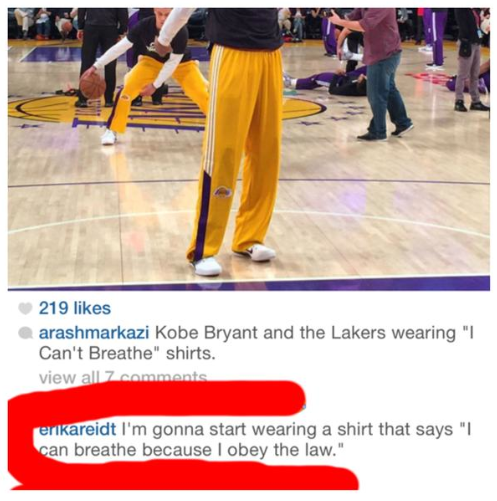 Moments later, Reidt received a deluge of rebuke from other users online for her remarks, some of whom responded directly on Instagram while others taking to Twitter.

“Hey @FOXDeportes, curious if you were aware your correspondent @ErikaReidt uses social media to victim blame,” tweeted one user.

Not surprisingly, most people don’t believe the story of her Instagram being hacked and pointed out that she had thanked someone else for defending the initial comment that she claimed was posted by a hacker. Nevertheless, Reidt continued to deny that she was the culprit behind the comment by claiming she understands racism due to being “raised in the hood.”

“I was raised in the hood and know the struggles our minority communities go through,” Reidt tweeted. “I pray we become the system and abolish all racism.”

As you can probably guess, that comment didn’t rest well with the online community either, with the end result being the Fox Deportes announcement that Reidt has been suspended pending an investigation into her comments.

“FOX Deportes is investigating the comments made by freelancer Erika Reidt and has suspended her until further notice,” the news channel tweeted.

Do you think Erika Reidt deserved to be suspended over her comments on the Eric Garner case? Furthermore, what the hell happened to the First Amendment? Does it now only apply to people of a certain ethnicity?

Next Artist Imagines The Simpsons Joining The #ICantBreathe Protests