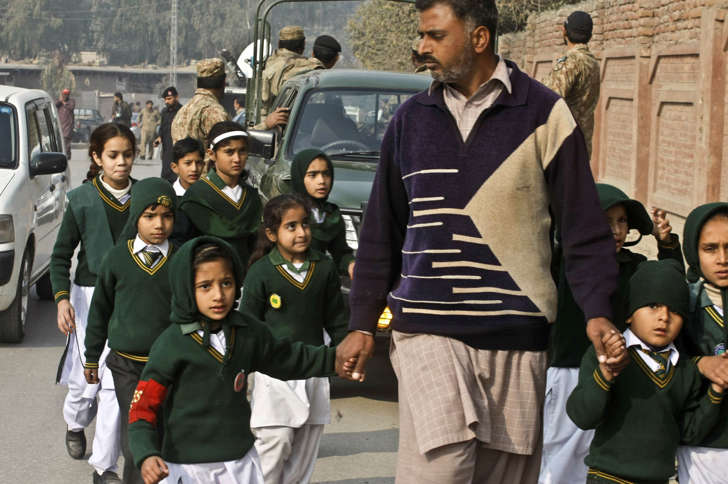 Hundreds of people were wounded, some seriously. It was possible the death toll could rise. 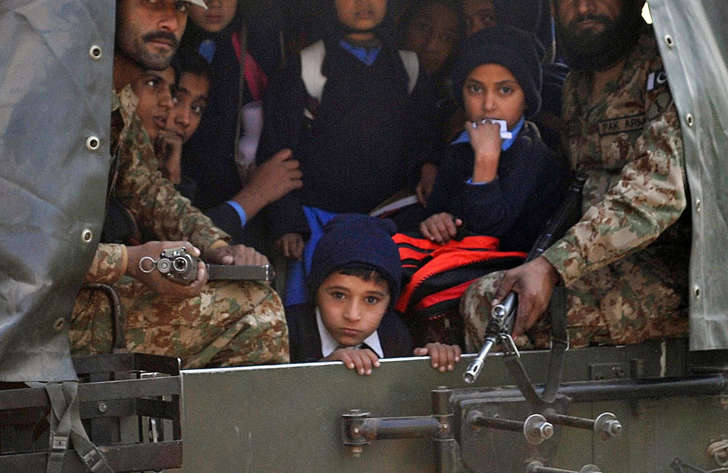 
Army convoys drove from the scene even as families wept on the streets or carried hastily made plywood coffins to a hospital filled with the dead, many still wearing their green school blazers and sweaters.

The carnage struck at the heart of Pakistan’s military, one of the nation’s most highly respected institutions, which is seen as the guardian of stability in a turbulent region and an important bridge between Pakistan and Western allies such as the United States.

In June, Pakistan’s army launched a major operation against Islamist militants in the country’s restive tribal areas. Since then, the number of attacks inside the country has sharply declined, but the Pakistani Taliban had been warning for months that it would retaliate.

The decision to target students brought a wave of condemnation and disgust from across the world — similar in ways to the outrage after a Taliban gunman shot Pakistan student activist Malala Yousafzai in 2012.

“I am heartbroken,” the 17-year-old Nobel Peace Prize laureate said in a statement just hours after the Peshawar attack.

“But we will never be defeated,” she added.

In a statement, the Pakistani Taliban took credit for the attack, saying it was to avenge the Pakistan military operation in North Waziristan. The Taliban said six militants, including three suicide bombers, carried out the assault.

The tally of the “dead received” at Lady Reading Hospital showed how the young paid the heaviest price. Some of the dead were instructors in their 20s and 30s. But they were far outnumbered by student names and ages: 14, 15, 13.

“My son was in uniform in the morning. He is in a casket now,” wailed one parent, Tahir Ali, as he collected the body of his 14-year-old son Abdullah, according to the Associated Press. “My son was my dream. My dream has been killed.”