U.S. contractor Alan Gross was released by the Cuban government on Wednesday after roughly five years in captivity as part of President Barack Obama’s major, unilateral deal with Cuba.

Critics of the deal were quick to notice something “ironic” in a photo of Gross that was circulating across the Internet on Wednesday. 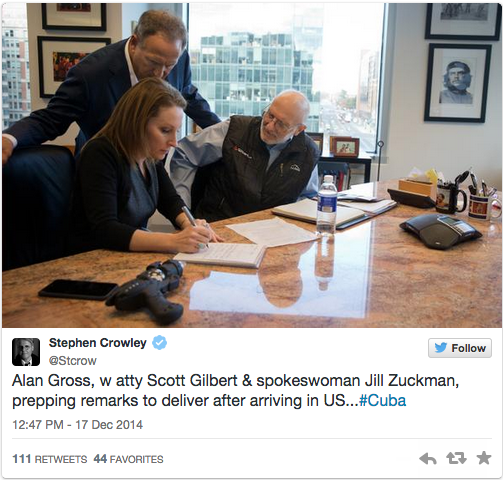 It’s not the view from his attorney’s office that’s catching people’s attention — it’s the photo of notorious and murderous Cuban revolutionary Che Guevara.

In the Cuba deal, The U.S. agreed to free three jailed Cuban agents in exchange for Gross and an unnamed U.S. intelligence agent. The Obama administration also vowed to ease economic and travel restrictions.