A study on the prevalence of obesity by occupation found nearly half the cops, firefighters and security guards in the United States are obese. Economists, scientists and psychologists scored the lowest rates of obesity. 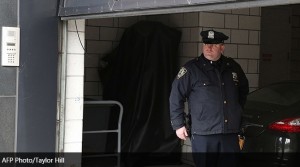 The study said the average American worker scored 27.7 percent. On the other side of the obesity scale, professions with low obesity rates are athletes, actors, reporters, economists and scientists.

The report comes as American companies have started to rethink policies and consider what they can do to help reduce obesity rates for one third of US adults that make up many of their employees.


Previous CNN #Fail: What The Struggling Network Tweeted Shows Why Its Ratings Are Circling The Drain