After 18-year-old Antonio Martin pulled a gun and was subsequently shot and killed by a police officer at a Berkeley, Missouri gas station on December 23 2014, Pastor Starsky Wilson blamed the police–saying that “most of the protests [since Ferguson] have been nonviolent” but the police escalated things anyway, which in turn caused violence. 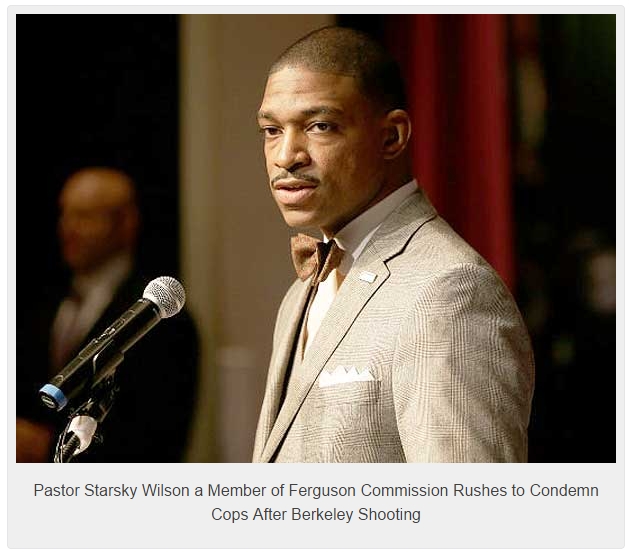 Wilson (pictured above) is a member of Governor Jay Nixon’s (D) Ferguson Commission.

According to the St. Louis Dispatch, Wilson said the shooting brings attention to a simple narrative: “Black. Young person shot by a police officer.”

He then suggested most of the protests since Ferguson “have been nonviolent.” However, “when you see police escalate, you see violence.”


Police report Martin had an extensive criminal record. He had charges including “three assaults, armed robbery, armed criminal action, and multiple uses of weapons since he was 17.” Moreover, the gun he aimed at the police officer on December 23 2104 had the serial number filed off of it, which is usually indicative of a stolen weapon.

Next Court Rules: Knives and Batons Protected Under 2nd Amendment