It wasn’t the writing on the wall that caught Greg Sandoval’s attention, but rather the writing inside it.

Sandoval was renovating his Fontana, California, home when he spotted something tucked away inside the wall.

It was a small plastic baggie containing a note, some coins, a McDonalds coupon and newspaper clips dated 1978. 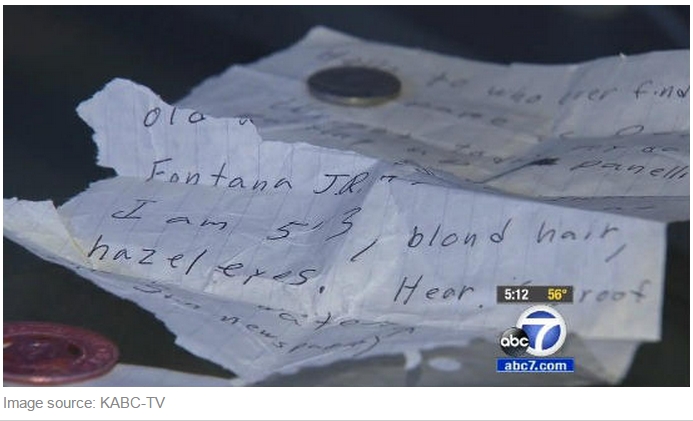 
Sandoval told KABC-TV he thought the discovery was pretty cool.

“It’s one of those things where, what are the chances of tearing down one section of the house and finding something like that?” he said.

Sandoval said he actually made the discovery several years ago and tried to find the house’s former owner on Facebook but was unsuccessful. Now even today, Sandoval said he just can’t bring himself to get rid of the timeless items.