Daly was both praised and criticized for sporting the hat on live television Wednesday night.

Following the police-involved killing of Eric Garner in New York City, officers with the New York City Police Department have come under fire from protesters who claim they used excessive force.

I was a fan of @CarsonDaly before now, but after seeing him wear that NYPD hat makes me even more of a fan. #thankyou from an LEO wife.

You are my hero @terrycrews. Forgive and move on! #NYE2015. Nice job @CarsonDaly @nypd.


Wtf is Carson Daly wearing a NYPD hat? He supports police organizations who are willing to subvert elected government? 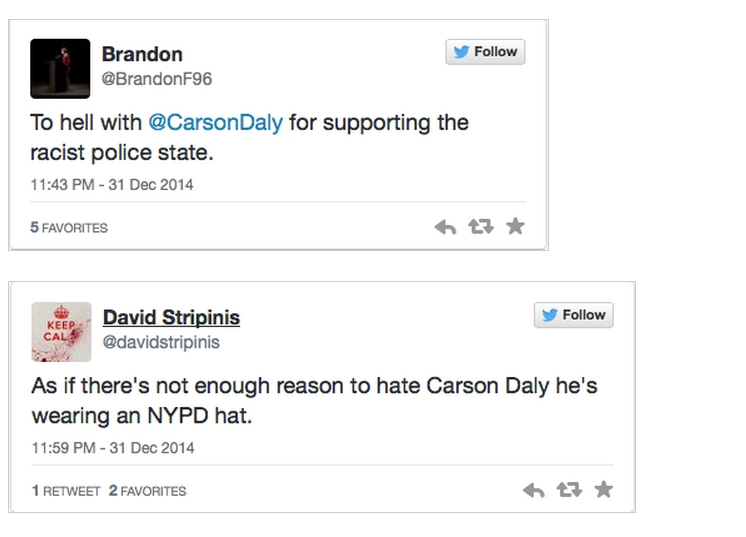 
Previous Police Officers Hospitalized In Boston After Being 'Kicked, Punched and Choked' By Group of Teenagers