Like plenty of people around the globe, former vice presidential candidate Sarah Palin posted an inspirational message on Facebook to kick off 2015.

This year, she chose a photo of her 6-year-old son stepping on the family dog.

Palin’s son, Trig, was just trying to help wash the dishes. The dog was lying in front of the sink, so he did what a lot of other kids would probably do.

This is, in Palin’s mind, a sign of perseverance. Trig wanted to help wash dishes in the kitchen sink, Palin wrote, and the dog sat in front of it. So the dog, as an object and not a living being, became a stepping stone instead of a hindrance. 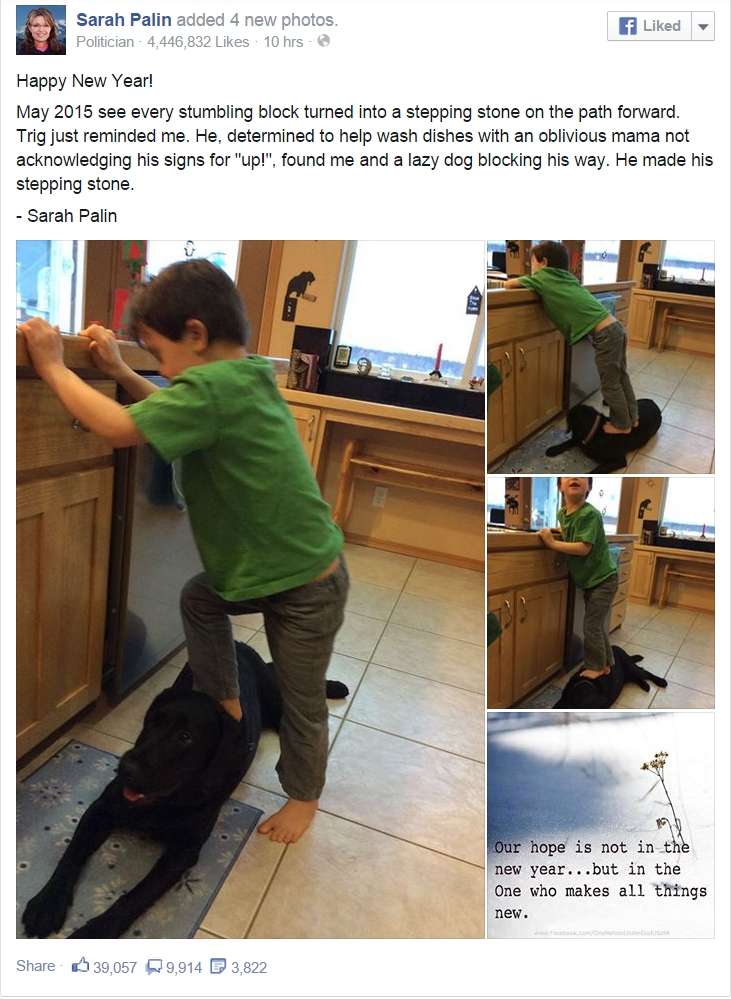 Having largely retired from political life after her failed vice presidential run in 2008 and subsequent time as a Tea Party icon on a speaking tour, Palin now is the star of the subscription-only, online-only Sarah Palin Channel.

Here’s to hoping that “humans standing on animals, possibly injuring them” isn’t a big theme for its 2015 season.