Hasbro, maker of the classic childhood toy Play-Doh, has said on its Facebook page that it will replace a piece in its “Cake Mountain” play set after receiving complaints from parents.

The icing maker in the play set, which allows children to decorate a plastic cake with the popular modeling clay, resembled a part of the male anatomy according to social media reports and parental complaints.

Reports on the product have been around for several weeks, and Play-Doh said it was planning to replace the offending piece. However, the change was not made in time for Christmas and the Play-Doh Facebook page was flooded with complaints shortly after Dec. 25. 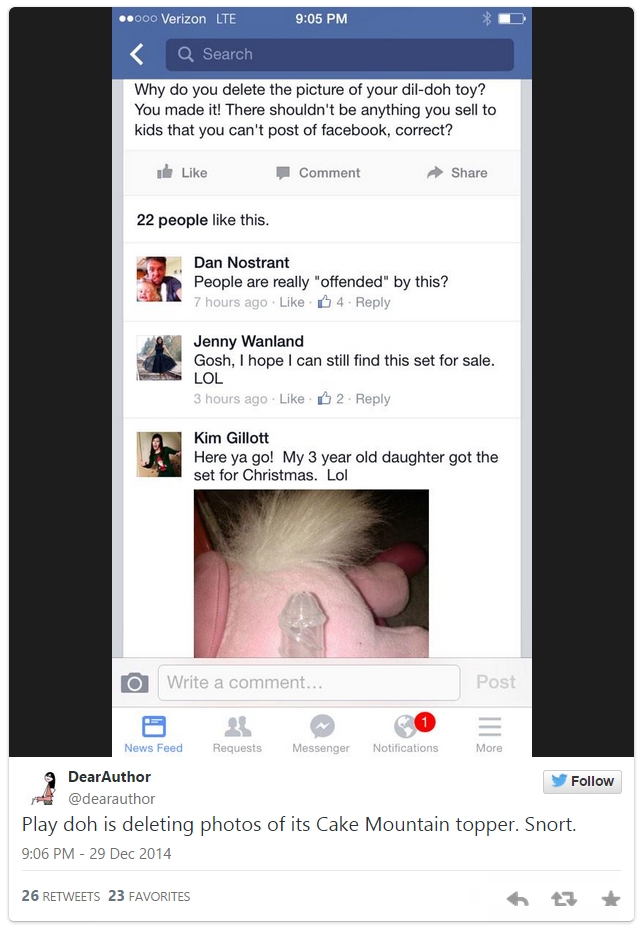 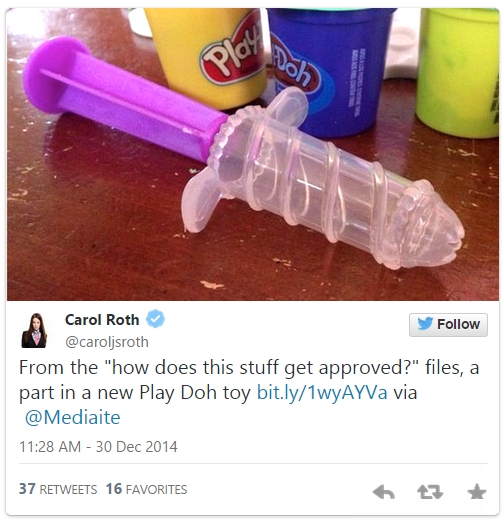 Hasbro says customers who purchased the toy can call for areplacement part by calling 800-327-8264.