On Saturday, Maria Chappelle-Nadal, a Democrat serving in the Missouri state Senate whose district includes Ferguson, issued what many took to be a racist threat against white people on her Twitter feed. Her message, while apparently escaping the notice of local media outlets, angered a number of people.

“LET ME BE CLEAR,” she screamed on Twitter. “When you exercise your #WhitePrivilege, don’t think I’m not going to remember. I will use it for the future. Uncomfortable?”

“The system has literally failed the people I represent,” she said hours later. “There is no hope that anything will change. We go through the motions (because) we have to.” She also said the country has failed. Ironically, the conservative blog Weasel Zippers observed, she made the comment while using an image of Communist dictator Fidel Castro as her background.

“If you r not a legislator representing #Ferguson & you have not communicated w me, yet u have a ‘resolution’, expect fire,” she said in another angry tweet. Several responded angrily to that message as well, calling her a racist and a bigot. One responded by telling her to quit having supporters direct violence at police officers.

“So, you are a racist & are saying as an elected official, you only represent select people,” one person said in response. Another person asked Chappelle-Nadal if she intends to round white people up and place them in internment camps. 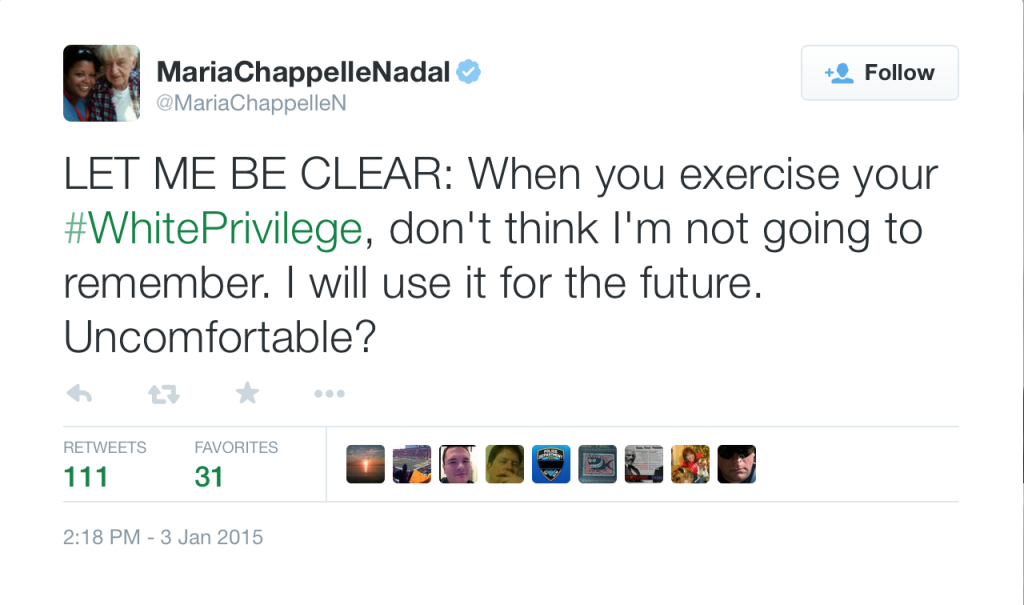 Read the rest from Joe Newby