Sarah Palin hit back at PETA on Saturday for criticizing the photos of her son Trig standing on the family dog.

Palin assailed the organization for its “hypocritical” stances, including not criticizing Ellen DeGeneres for posting a similar photo of a little girl standing on a dog (DeGeneres was PETA’s woman of the year in 2009) or President Barack Obama (“your heroic Man-of-Your-Lifetime”) after he revealed that he ate dog meat as a child in Indonesia 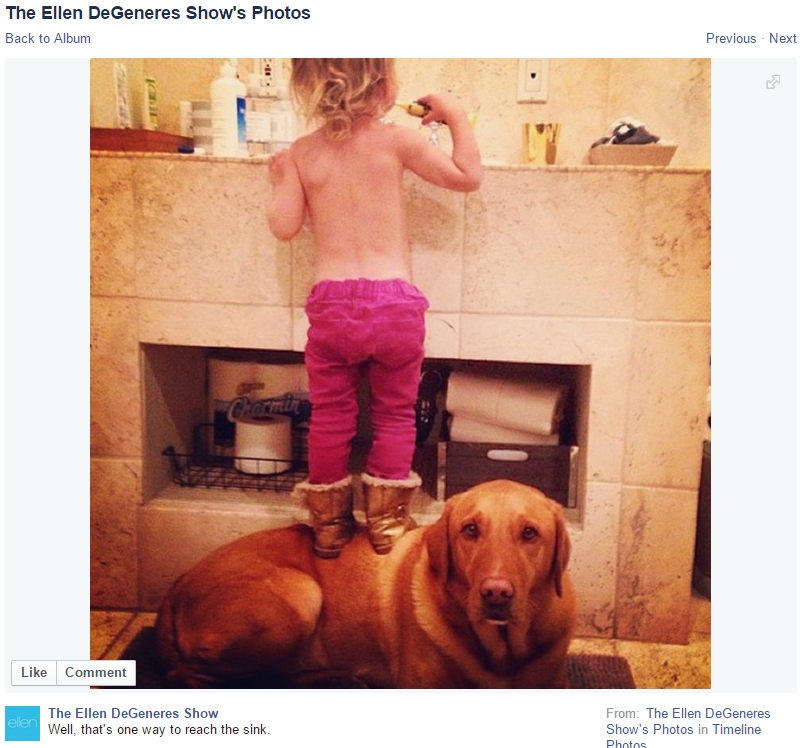 On Friday, PETA said Palin showed “no apparent sympathy for the dog” but that PETA, ”along with everyone else, is used to the hard-hearted, seeming obliviousness of this bizarrely callous woman, who actually thought it appropriate to be filmed while turkeys were being slaughtered right behind her” in a 2008 interview.

Palin in her Facebook post dubbed PETA “double-standard radicals” for opposing Alaska’s Iditarod sled dog race while “some of your pets ‘thrive’ in a concrete jungle where they’re allowed outdoors to breathe and pee maybe once a day.” She accused them of being “anti-beef screamers blogging hate from your comfy leather office chairs” and of idolizing celebrities who sit in “sleek cowhide covered limo seats on their way to some liberal fundraiser shindig at some sushi bar that features poor dead smelly roe.”


“Yeah, you’re real credible on this, PETA. A shame, because I’ll bet we agree on what I hope is the true meaning of your mission – respecting God’s creation and critters,” she wrote. “Our pets, including Trig’s best buddy Jill Hadassah, are loved, spoiled and cared for more than some people care for their fellow man whose politics may not mesh with nonsensical liberally failed ways or don’t fit your flighty standards. Jill is a precious part of our world. So is Trig.”
“Dear PETA,” Palin posted on Facebook. “Chill. At least Trig didn’t eat the dog.”

Responding to Palin in a second statement Saturday night, organization president Ingrid Newkirk said: “PETA simply believes that people shouldn’t step on dogs, and judging by the reaction that we’ve seen to Sarah Palin’s Instagram photo, we’re far from alone in that belief.”

“Palin’s Facebook response shows us that she knows PETA about as well as she knows geography,” Newkirk said. “Yes, we campaign against the Iditarod because when the dogs aren’t being driven—sometimes to death—most live chained or inside cages for their entire lives. And we’re a vegan organization, so we sit on pleather couches, wear stylish vegan kicks, and consider fish friends, not food. (Also, by the way, we just sent a case of vegan caviar to Vladimir Putin—and no, you can’t see his house from yours, Ms. Palin.) We have no reason to believe that the Palin companion animals aren’t ordinarily pampered, and we wish the entire family a peaceful and humane 2015.”

Palin’s original Facebook photos of Trig stepping on the dog to reach the sink generated more than 42,000 comments but also 68,000 “likes.” She posted them Thursday with the New Year’s greeting: “May 2015 see every stumbling block turned into a stepping stone on the path forward.”

Next Fallen US Marine’s Father Returns Obama’s Condolence Letter: How Many of These Get Returned To You?