After several St. Louis-area Family Dollar locations were targeted by thieves, some of the stores have resorted to posted signs that request customers to “please remove hoods before entering”.

Some shoppers understood the stores’ position and were happy to cooperate but for others, a simple request to help stave off crime is considered to be ‘racist’. 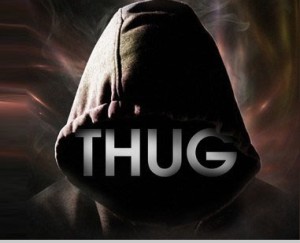 “They want people’s faces to be seen by the cameras,” customer Kusloshiai Webb told KMOV. ”Sometimes, when you have on a hood, it might block your facial view.”

Another shopper, Judy Cardona, agreed, saying a bare head “gives you more picture of the person.”


Others, though, were quick to accuse the stores of racism.

“I would call it discrimination. That’s not right,” shopper Roger Williams told KMOV. “It shouldn’t matter that you’re going in there with your hood on. If you’re not stealing, and you’re buying, purchasing something, what’s the problem? That shouldn’t be an issue.”

“It is not company policy to ask our customers to remove hoods or sweatshirts before entering our stores,” Bryn R. Winburn, Family Dollar’s public and media relations manager, told KMOV.