The Kansas State Rifle Association is calling for a public apology to be issued to Camron Carlson and his Mother Deana Carlson.

Nine year old Camron Carlson was suspended from school for five days because one empty shell casing fell out of the boys coat pocket at school on December 3, 2014. He had been with his Mother the evening before sighting in a rifle for deer hunting, a common activity in Kansas.

“I have interviewed the Mother and find that the actions of the school are inappropriate at best. To suspend a 9 year old child for having an empty shell casing in his coat pocket sorely lacks any common sense.” said KSRA President Patricia Stoneking.

“It reminds me of the kid who chewed his pop tart into the shape of a gun being suspended from school. I think we have to draw the line and choose to be more careful about what we want to classify as zero tolerance violations.” 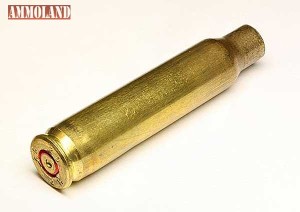 When Deana Carlson arrived at the school after being called by the principal she found her child in tears after an alleged interrogation by the principal before she arrived in which her son was told that this inert, empty, already fired piece of brass was dangerous.

That is absolutely inaccurate as an already used piece of brass is simply that, a piece of brass, which has no capability of causing any harm whatsoever.

Stoneking said, “Certainly children have no business bringing guns or live ammunition rounds to school but that is not what happened here. To persecute a child for a piece of spent brass and tell him he did something dangerous is ridiculous and totally lacks common sense.”

By all accounts it seems apparent to us that the school was more interested in attacking the philosophy this young man was being taught at home than the actual supposed offense of having a spent piece of brass in his possession at school.

We call upon school administrators in Kansas to recognize the difference between common sense rules and persecution of a belief system and to act accordingly in the future. This child made an innocent mistake by not emptying his coat pocket before going off to school and we see absolutely no reason for a suspension to have taken place over this. The school should make a public apology to Camron and his Mother for their lack of common sense in taking this action.

“The act of sighting in a deer rifle and hunting are perfectly lawful in Kansas and it is not a school administrators place to impress their personal feelings against it to a child.” Stoneking said. 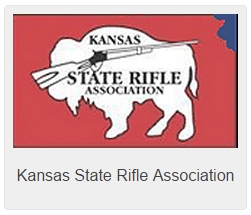 About:
The Kansas State Rifle Association has one purpose. To promote and strive for the improvement and protection of the firearms and sport shooting industry and protection of second amendment principals by encouraging and stimulating well-qualified individual citizens to run for public office and to take a more active and effective part in governmental affairs. Visit: www.ksraweb.net