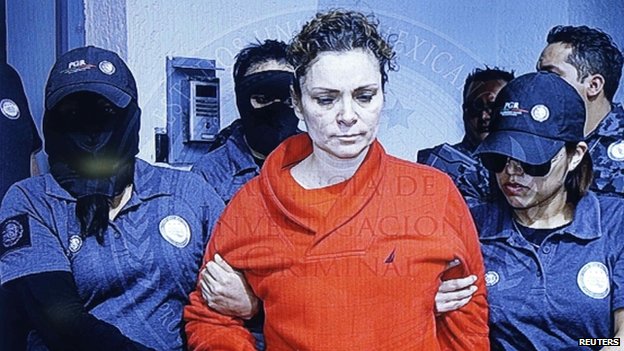 The wife of the former mayor of the Mexican city where 43 students went missing has been charged with organised crime and money laundering.

They said police handed the students over to the drug gang after clashes in September. The gang then killed them and burned their bodies.

Maria Pineda and her husband Jose Luis Abarca were arrested in November.

He has been charged with organised crime, kidnapping and murder.

The students’ disappearance sparked nationwide protests and has rocked the government of President Enrique Pena Nieto.

Prosecutors said that members of the drug gang linked to Maria Pineda had confessed that her husband, the ex-mayor of Iguala, had ordered the police to crack down on the students to stop them disrupting an event she was speaking at.


Previous Parents scared to discipline their children, now have Police sit in on spankings

Next ALERT: Now It’s 15 — More GOP Members Say They Will Vote Against Boehner for Speaker