Not exactly what the Surgeon General had in mind when those warnings about smoking were first issued — but still, this is the Islamic State’s version of an anti-smoking message. “Syria: Isis chief executioner found beheaded with cigarette in his mouth,” by Gianluca Mezzofiore, International Business Times, January 6, 2015 (thanks to Anne Crockett): 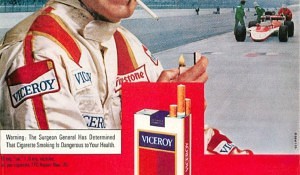 In a grotesque twist of the saying “live by the sword, die by the sword”, an Islamic State executioner in Syria who carried out beheadings for the jihadist group has been found with his head cut off.

The body of the Egyptian man, known to be the deputy emir of the feared al-Hesbah (or Hisbah) force in the eastern province of Deir al-Zor, was recovered near a power plant in al-Mayadeen city, according to the Syrian Observatory for Human Rights.

The corpse showed signs of torture and carried the message “This is evil, you Sheikh” written on it. The severed head also had a cigarette in its mouth. It is unclear who carried out the decapitation but the message was obvious.

“We do not know whether Islamic State killed him or whether it was local people or other fighters,” said Rami Abdulrahman, who runs the journalist group that has been reporting on recent events in Syria.

“Either way it is important, because he was a very important man,” Abdulrahman added, noting that it was the first time to their knowledge that an al-Hesbah member had been executed in such a manner.

The Observatory also noted that a message was found written on the corpse, stating: “This is evil, you Sheikh.” The decapitated head was found with a cigarette in its mouth — smoking was recently outlawed by the Islamic State.

Next [WATCH] Restaurant Owner Tells 9-1-1 to Send Anyone But Police, “We Don’t Allow Police”