The attack on French satirical magazine Charlie Hebdo Wednesday morning spurred an outpouring of cartoonist solidarity, as artists around the world refreshed the power of a single drawing to collapse the menace of terrorism. Below are some of the best. 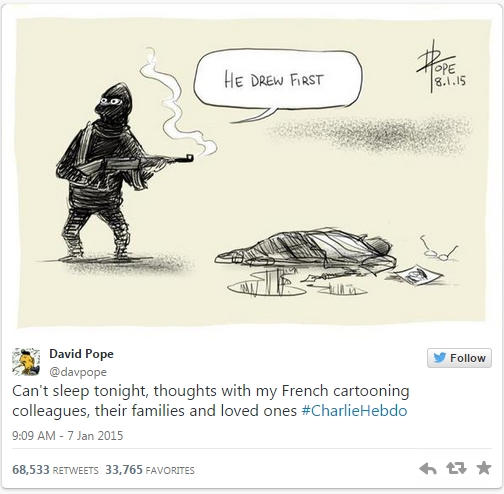 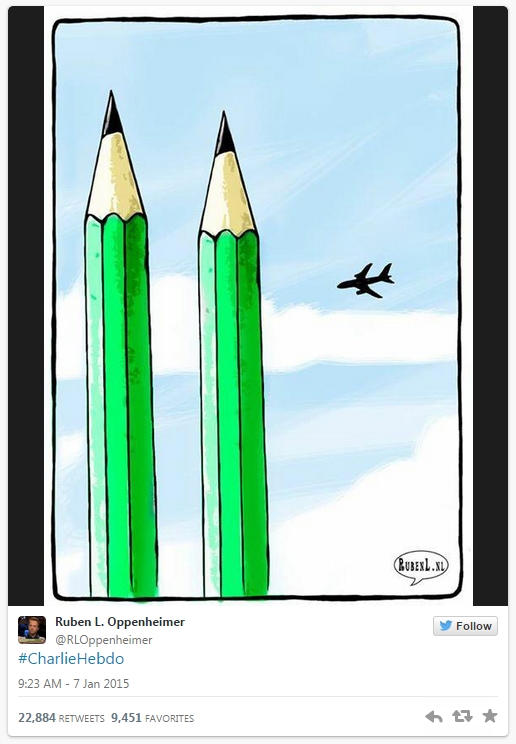 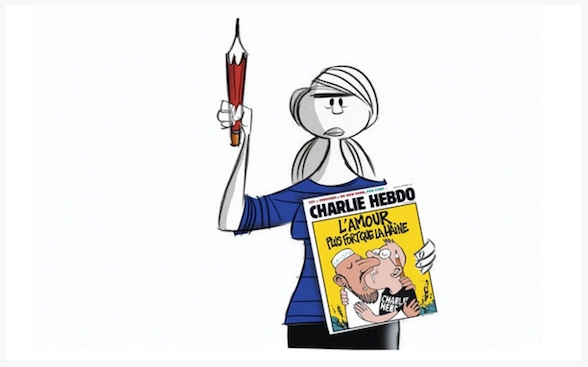 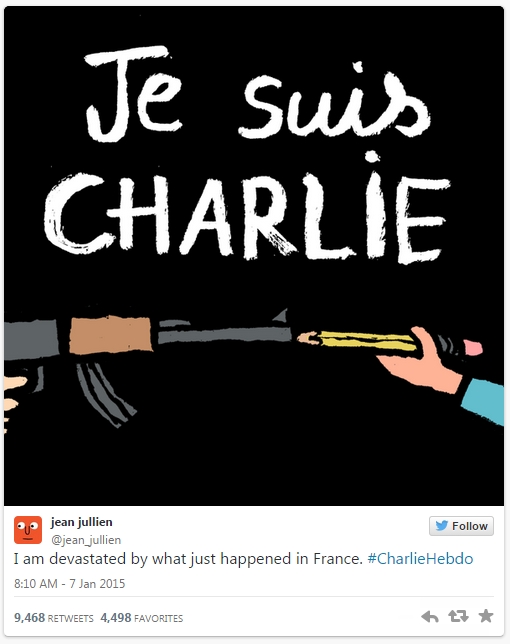 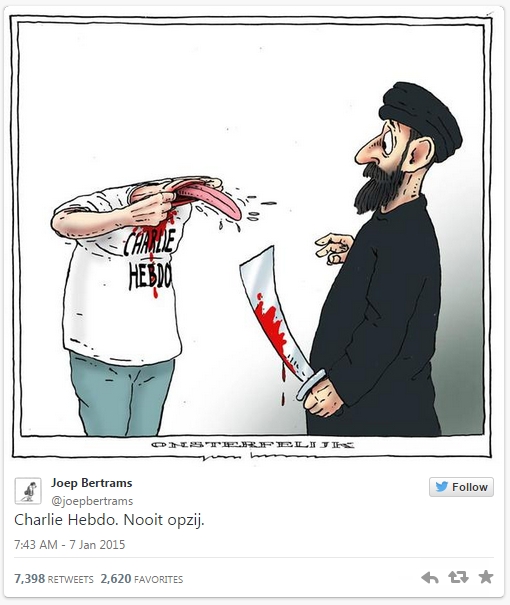 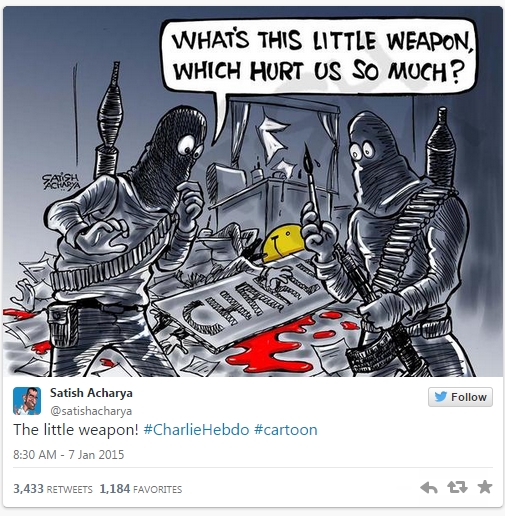 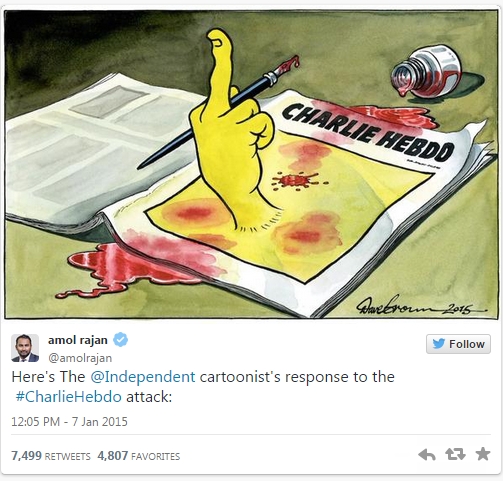 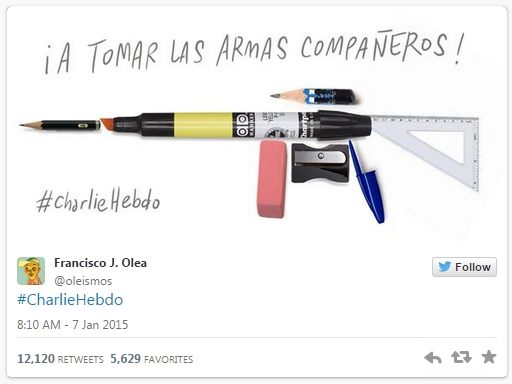 For the record the following, though appropriate, was not drawn in response to this morning’s attacks: 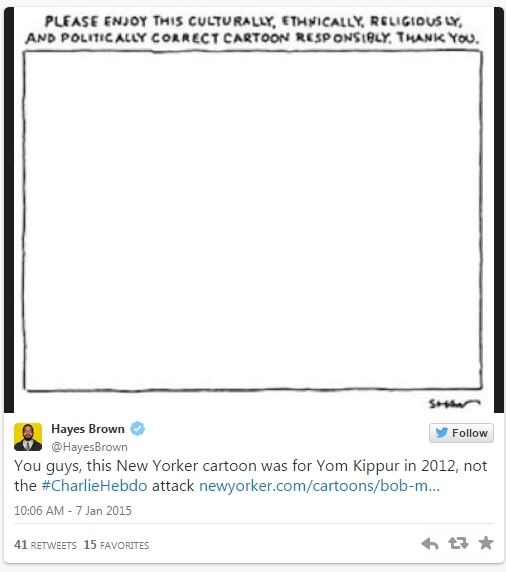