When it comes to the Community Standards i.e. the rules by which you agree to when you log into your Facebook account, I’ve learned and witnessed firsthand how the libtard moderators at Facebook make up the rules as they go along.

I’ve personally seen things allowed on Facebook that were a blatant violation of their “Community Standards” but it was allowed to remain.

So, if you have the idea that as long as you play by the rules then nothing will happen to you, I will be the first to tell you that you’re terribly mistaken. 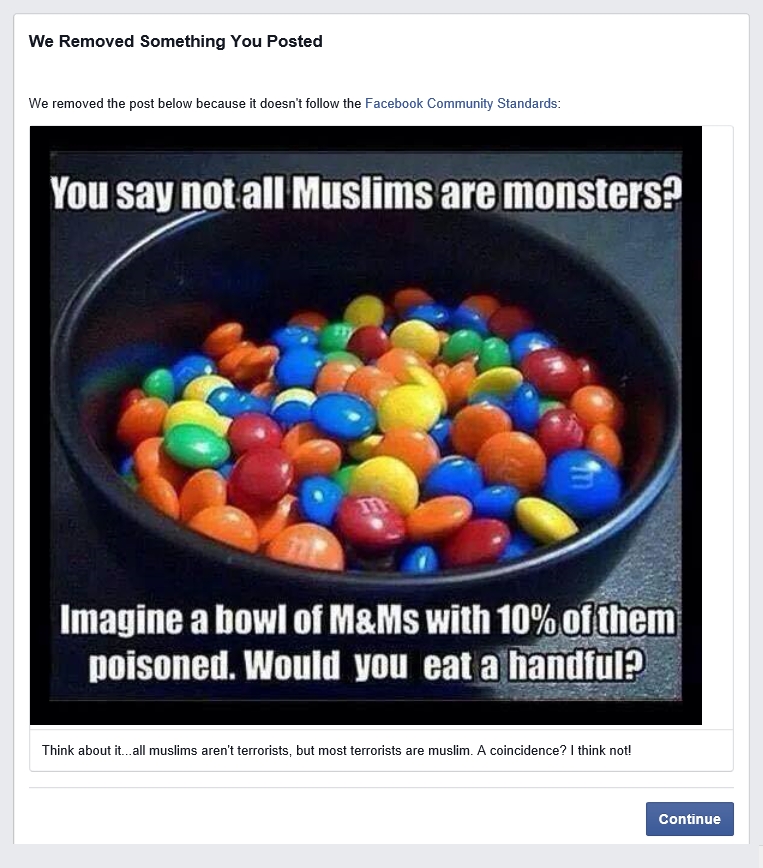 It was then followed up with this screen:

And then, I was prompted to read the Community Standards, as if they mean anything:

Yes, I hate Islam. Yes, I will mock your pedophile prophet Mohammed as much as I want. No, I don’t give a shit what you think or how offended you are!

I am an American and I am free to say what I want, when I want to say it, and no matter how much it hurts your feelings! That’s what the first amendment is all about! Don’t like it? Then GTFO!

If you think that, ‘overall’, Muslims are a peaceful people then you are a DUMBASS, as this woman so eloquently explains to a barbaric, muslim sympathizer.

I’m sure if they were alive today and you were to ask these men if Muslims are a ‘peaceful people’, they would look at you as if you had lost your mind. 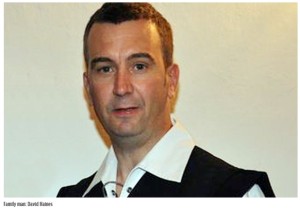 David Haines was a British aid worker who was captured by ISIS in early 2013. He was born in East Yorkshire and moved to Perth in Scotland when he was still a child. Before he became a humanitarian aid worker the 44-year had worked as an RAF aircraft engineer.

David, who had two children, was captured in Croatia and was beheaded in September.

He leaves behind his wife, Dragana, their four-year-old, Athea, who he lived with in Croatia, as well as a 17-year-old daughter, Bethany, in Scotland. 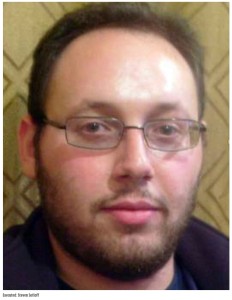 The 31-year-old was an American-Israeli journalist, who was kidnapped in Syria in August, last year. He worked for Time magazine and had appeared on American news channels CNN and Fox News as well as for a range of other media outlets.

Steven’s family kept the news of his capture secret as they feared his kidnappers would harm him. Following fellow captive, James Foley’s death, a petition was launched calling for the US government to save his life.

The journalist was executed on September 2, with his editor at The Media Line describing him as “one of the most courageous, talented and insightful journalists that I have ever met”. 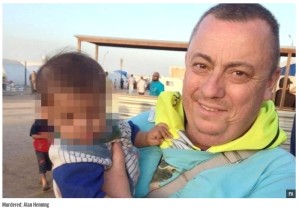 Taxi driver Alan Henning from Salford was captured as he made his way to Syria in an aid convoy in December last year. He had chosen to make the journey so he was sure the aid was going to “the right people”.

News of the capture of the married father-of-two, known as ‘Gadget’ to his friends because of his technical skills, was withheld by the Home Office as they tried to secure his release. But the news became public last month when he was named by Jihadi John as the next intended victim.

A video of his beheading as released by ISIS on October 3. 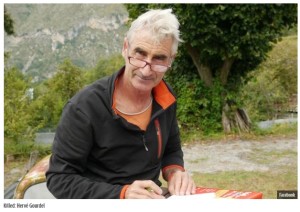 Mountaineering guide Herve was captured while he was hiking in Djurdjura National Park in northern Algeria last month.

An ISIS splinter group threatened to kill him if the French government continued with airstrikes against the Islamic State. They carried out their threat on September 24.

The day after, about 2,000 Algerian soldiers and a further 500 marines searched the area the execution had taken place to find those responsible. 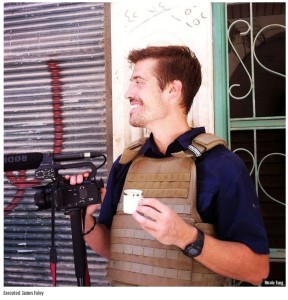 James Foley was the first American citizen to be beheaded by ISIS. He was captured while working as a freelance war correspondent during the Syrian Civil War in November, 2012.

The 40-year-old was beheaded in August 2014 and his mother, Diane, released a statement saying the family “have never been prouder of our son Jim, he gave his life trying to expose the world to the suffering of the Syrian people”.

Since his death, the James Foley Scholarship in the J William and Mary Diederich College of Communication at Marquette University has been established in his honour.


Previous Little Russian Girl Gives As Good As She Gets