The two suspects in the Charlie Hebdo massacre are reported to have been killed in Dammartin-en-Goele. Meanwhile, their hostage has been freed, as have the hostages being held in a grocery store in Paris.

Several loud blasts were heard and smoke has been rising over the printworks in the industrial zone north east of Paris.

Security forces had the building surrounded for most of Friday before the explosions happened. 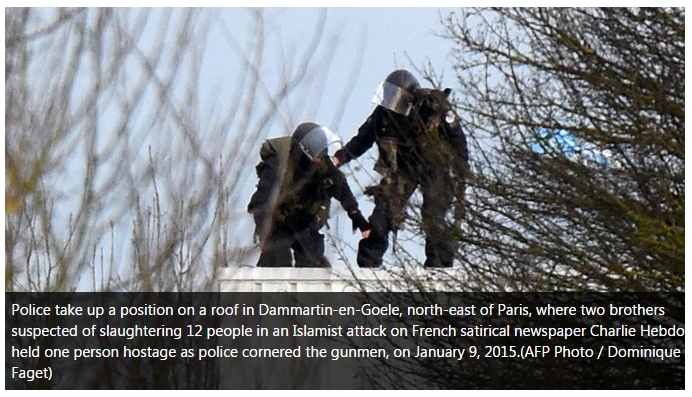 The Hebdo suspects emerged firing on security forces, reported an AFP source. One policeman was reportedly injured in the operation. However, he is not in a critical condition.