For awhile back in the Winter, a retired philosophy professor (who wants to remain anonymous) and I exchanged a few emails and, from him, snail mail, discussing gun rights.

After not hearing from him for several months he very unexpectedly mailed me a large envelope containing forty-nine newspaper clippings with many reports of shootings and a few anti-gun rights op-eds (and, strangely, a pro-gun op-ed by John Lott).

He also included a fund raising letter from the Brady Campaign, another one from the Children’s Defense Fund Action Counsel, a magazine ad from the Center to Prevent Handgun Violence, and a hand written note.

Especially surprising for their absence were any articles from scholarly source.

Are there no scholarly articles in favor of gun control? He sent almost all anecdotes from mass media sources leaning heavily towards the New York Times and the Philadelphia Inquirer. One would expect better from university professor. 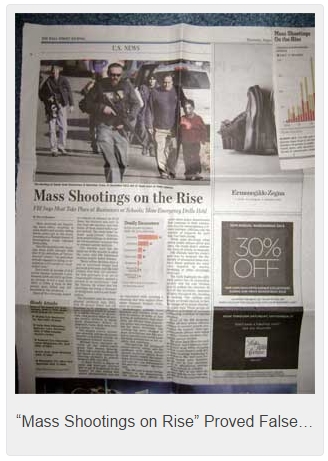 Some of the anecdotes are easily debunked as challenging gun rights. For example the New York Times’ article, “In Youth’s Death, Some See a Montana Law Gone Wrong”. A tragic and unnecessary death for which the shooter has been convicted of murder, but what does it say about guns in Montana? Not much. The article states that “…Montana…has one of the country’s highest rates of gun ownership…”. Yet its murder rate is only 2.2 per 100,000, less than half of the national average. If anything Montana proves gun rights haters wrong,more guns don’t mean more murder.

Another easily debunked article is the Wall Street Journal’s “Mass Shootings on the Rise, FBI Says”. The idea that mass shootings are on the rise was debunked previous to the publication of the FBI report here. The FBI’s report is directly debunked in John Lott’s “The FBI’s bogus report on mass shootings”.

The professor also sent an editorial from the New York Times titled “The Court: Ignoring the Reality of Guns”. This editorial attempts to justify banning hand guns but fails. First, it gets wrong the practical matter of thinking that the availability of guns is the problem. Second, it fails to present constitutional grounds justifying a ban on hand guns. In the end it is really advocating ignoring the Constitution. So much for the rule of law.

I could go on debunking but I feel I’ve made my point. The gun rights haters’ case is all smoke and mirrors. It also ignores the fact that guns in private hands prevent 2.5 million crimes each year.

Part of the hand written note mentioned above reads as follows:

I have selected newspaper articles to send you. I think almost all of them challenge your position.

I take your position to be that the more guns there are in the hands of private citizens , and the less government regulates or restricts them, the better off we all are.

These articles are full of horror stories stories about the harms guns do in the hands of private citizens.

True that “… the less government regulates or restricts them [guns], the better off we all are.” 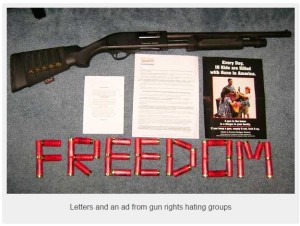 As to what the right number of guns in society is I’ll leave that to the market. I’m surprised that the professor sees my view as so shallow since he saw my presentation “There Is No Case for Gun Control”. I’ve written much on my blog on the subject of gun rights, let me quote from it in rebuttal:

…as with any issue, we have to start with basic principles and moral implications. That means talking about the one moral imperative that guides us in all human relationships, the non-aggression principle [NAP]…It is immoral to initiate the use of force or the threat of force against peaceful people. In other words, a person has to be actually engaging in aggression or credibly threatening to do so before it is morally justifiable to use force in retaliation. What does that have to do with guns? The mere possession of an inanimate object such a gun aggresses against no one. There is no moral justification for taking guns away from people who adhere to the non-aggression principle since this involves initiating the use of force to separate them from their weapons.
From “Progressivism’s Violent World”

It is violation of the NAP that leads to society becoming more unstable and unsafe. The more society is ruled by force the worse the results. As Frederick Bastiat, wrote in his book “The Law” in 1850:

Is there any need to offer proof that this odious perversion of the law is a perpetual source of hatred and discord; that it tends to destroy society itself? If such proof is needed, look at the United States. There is no country in the world where the law is kept more within its proper domain: the protection of every person’s liberty and property. As a consequence of this, there appears to be no country in the world where the social order rests on a firmer foundation.

This is the source of the problem, violation of the NAP and the social dynamics that unleashes, not the availability of guns. This is reinforced by modern research such as that of Randolph Roth, a professor at Ohio State University and the author of “American Homicide ( tiny.cc/0bi5rx ) ”. In a presentation at the National Institute for Justice titled “Why Is The United States The Most Homicidal Nation In The Affluent World?” Prof. Roth sums up the drivers of the murder rate on slide 4: 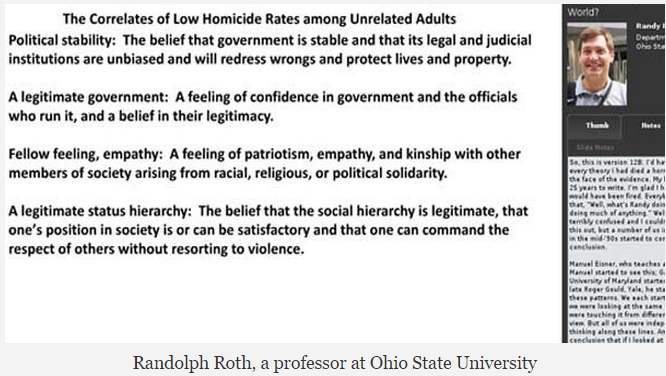 Again showing that it’s not the availability of guns that drives the murder rate. Deal with the social dynamics that are the real problem and, when it comes to crime, guns become irrelevant. That begs the question, why do so many advocate gun control as a solution when guns obviously aren’t the cause of the problem? Because it’s their beloved big government that has caused the problem. To again quote from “Progressivism’s Violent World”:

Progressivism has failed to achieve its lofty ideals. Instead it has created our present situation of crime and murder, war and empire. It is this failure that the advocates of gun control want to cover up. Instead of facing reality they want to blame guns for the problems the implementation of their ideas has created. Before anyone gets too smug, let me emphasize that both political parties have adopted the progressive ideology. Today’s so-called liberals and conservatives advocate different degrees and different aspects of it, but advocate it they do…It’s past time for both sides to realize that the killing will only end, society will only heal by turning it away from being ruled by force and toward voluntary interaction between its members. Liberty is the answer. Implementing it means change at the institutional level, disarming the government and keeping the people not only armed but also organized to defend themselves.

Compassion is what motivates us to feel outrage about senseless murders. Gun rights advocates share that feeling with gun rights haters. The difference is that we, gun rights advocates, realize that reason is what must guide us not compassion. Unthinking, emotional reactions to horrible events will only make things worse. Let’s stop trying to add the force of more gun control to the force that’s already damaging our society. Freedom from force, liberty, is the only reasonable way forward. 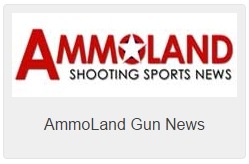 
Previous [RAW VIDEO] Fireworks Truck Explodes, Nearly 100 Vehicles Involved In Pile-Up, Killing One and Injuring More Than A Dozen Others

Next Shooting at RedBox; What Happens When You Cannot Run?