It wasn’t enough that a 68-year-old New Brunswick man was attacked after three people broke into his home.

He also had to suffer the humiliation of being arrested and charged criminally for daring to defend himself against those three armed home invaders.

Michael Woodard committed a cardinal sin in Canada: he took direct action that threatened the lives of criminals – an apparent “protected class” of persons in Canada.

Sure, the St. Stephen RCMP pressed charges against Woodard’s home invaders, but surprisingly it is only the under-aged home invader who is charged with a violent crime. The two adult home invaders are charged only with robbery, presumably because as adults, they might actually go to prison for “assault with a weapon” whereas the cherished “young offender” would only get a slap on the wrist before he heads home for dinner.

The complete lack of “reporting” done by alleged CBC news staff is appalling. They couldn’t be bothered to do their jobs, choosing instead to do the slightest of rewrites of the RCMP’s press release and calling it a day. The two documents are practically identical.

So why was he charged with two crimes?

The RCMP appears to take a “charge everyone and let the courts sort it out” approach, but this only victimizes Michael Woodard a second time. He must now suffer a financially crippling court process on top of the home invasion he just survived.

Criminal Code Section 34 appears to exonerate Michael Woodard. Part 2 explains what the courts must consider in a defence-of-person case such as this:

Michael Woodard faced three home invaders, the youngest of which was armed with a weapon, the type of which the RCMP does not name and the reporter was too lazy to find out. Woodard successfully defended himself against the armed aggressor and repelled the other two from his home.

This makes the following statements true, per Criminal Code Section 34 (2):

Woodard’s role in this was as victim/self-defender. He faced three aggressors, one of which was armed with some type of weapon.

The “young offender” he faced was armed and threatened his life.

Michael Woodard, a 68-year-old man, faced three home invaders aged 17, 19 and 19. The age and physical discrepancy between the victim and the criminal perpetrators is enormous.

A 68-year-old man facing three young violent criminals used a firearm to protect himself. In this case, the use of deadly force is clearly acceptable – if for no other reason than it was three on one, and the age differential between victim and assailants was vast.

Michael Woodard’s use of force was in response to an act or acts he knew were illegal. The threat he faced was not lawful.

Given the facts listed above, his actions were legal. So why was Michael Woodard charged at all?

Do the RCMP really consider the lives of three young violent criminals more valuable than the law-abiding homeowner they terrorized?

You may recall the case of Port Colborne, Ontario, resident, Ian Thomson, who was also charged with criminal offences after daring to defend his life and home against three masked men attempting to burn him alive. Like Thomson, Michael Woodard’s life will be shredded by Crown prosecutors intent on imprisoning the victim of the crime, not the perpetrator.

The Crown prosecutor in this case should drop all charges against Michael Woodard and formally apologize on behalf of both his office and the RCMP. 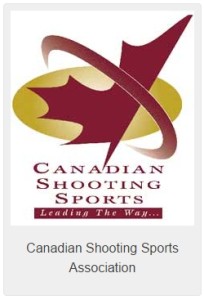 About:
The CSSA is the voice of the sport shooter and firearms enthusiast in Canada. Our national membership supports and promotes Canada’s firearms heritage, traditional target shooting competition, modern action shooting sports, hunting, and archery. We support and sponsor competitions and youth programs that promote these Canadian heritage activities. Website www.cdnshootingsports.org