People who go about legally armed are taught to avoid conflict and confrontation.

As people grow older, and hopefully, wiser, they become better practiced at avoiding conflict.   Age exacts its toll in exchange.

Nearly everyone gets slower; slower reflexes, balance deteriorates, you cannot run as fast.   Even though I have maintained a disciplined aerobic program, I am nowhere near as fast as I was only a dozen years ago.  Age also makes a person more attractive as a potential victim. 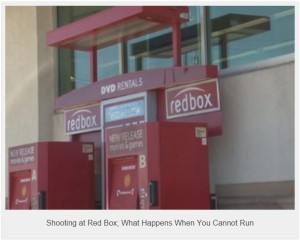 If an assailant is aggressive, and faster than you, for even a short sprint, running is not an option.  That is what seems to have occurred in this incident in Tyler, Texas.

Caldwell and his girlfriend then entered the Walgreens where they were also being disruptive, according to police.

Caldwell approached Neal outside of the store in the parking lot. He got into a verbal altercation with Neal as Neal was attempting to use the Red Box. Caldwell became more agitated with Neal as he attempted to keep Caldwell away from him.

Neal then pulled out a handgun and after several attempts to keep Caldwell from assaulting him, he shot him once in the chest.

Neal is 65 years old.   I am 63.   I am one of the fastest 63-year-olds in my local age group because of my exercise program, yet I know that I cannot outrun a young man, especially one who is on drugs.   I suspect that Caldwell was on drugs because of a 911 call that was made just before the shooting:

Tyler police were then called by a driver who stated that a male and female were out in traffic and looked as if they were going to get hit because the male was chasing cars on foot at Highway 64 west and Loop 323. Tyler police were en-route to the area to investigate. 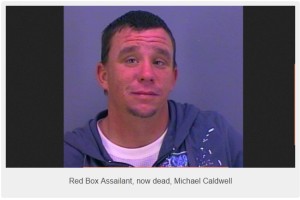 Caldwell and his girlfriend entered the Walgreens after the car chasing incident and before the shooting.   The police were on their way.  65 year old Fredy Neal attempted to break off the situation, even going so far as to defensively display his firearm.   None of it was enough. Caldwell kept up the assault, and was shot once and killed.

While the headline in the article from Tyler, Texas says that ‘Stand Your Ground law’ may be used in this case, I doubt it.   Those few remaining states that require a person to retreat before using deadly force, that I know of, all have a caveat or case laws that the person must be able to retreat in safety, or the law does not apply.   Here is an example from Maryland law cited on wikipedia:

I do not see how Fredy Neal would have been able to retreat in safety in this case.  Turning your back on someone who is intent on assaulting you seems suicidal.  Caldwell had just been observed chasing cars; sometimes, running is not an option.

There is a clear disparity of force in this incident, that of age.  Witnesses have corroborated Fredy Neal’s account of what happened.

Comments at the site show the common wisdom of this self defense doctrine in the law.  Nearly all are sympathetic to Fredy Neal.  Here is an example:

Isn’t it time that Mr. Neal is referred to as “the victim” in this story? He was assaulted and apparently acted well within the law when he used a firearm to defend himself. Using terms like “The Gunman” and “the shooter” have a negative connotation and make it sound like Mr. Neal did something wrong. I expect the mainstream media to put ANY firearm related incident in a negative light, but not KLTV. KLTV stop painting the victim, Mr. Neal, as the bad guy in this story.

The military has a saying, that you have to be able to move, shoot, and communicate.   Fredy’s ability to move was compromised; communication did not work, the police were on their way, but too far; shooting was the only option left, short of surrender and a potential beating and death.