Are you criminally disqualified from obtaining a Concealed Pistol License? Have you considered becoming a Michigan police officer?

It seems that Michigan’s gun laws are always under severe scrutiny whenever we try to make positive and modest changes to them. The latest lie is that SB 789 will “allow wife beaters to carry guns”.

What often gets overlooked is that government employees who carry guns are often held to a lower standard than private individuals. This is definitely true in Michigan. As of this article, there are Michigan peace officers who can carry any firearm almost anywhere in the state in any manner, yet they would be prohibited from obtaining a Concealed Pistol License if they applied.

While this is the case due to federal law, Michigan law takes it to a whole new level.

When Michigan became “shall issue” in 2001, HB 4530, the original bill filed in 1999 was fairly nonrestrictive, as opposed to what actually became law. There were a handful of misdemeanor disqualifiers and you could be under 21 if you needed a CPL for employment purposes.

Surprisingly enough, the State Police objected to this, even though you can be 18 to be MCOLES certified.

Not only did the state police object to this, but they demanded that an additional 40+ disqualifiers be added to the disqualifier list for a CPL. After a few bill substitutes, most of their requested restrictions were amended into the bill before final passage.

One must ask, why is it okay to be 18 Michigan Commission on Law Enforcement Standards (MCOLES) certified but it’s not okay to be 20 years old and have a CPL if you need it for employment in the private sector?

Furthermore, why is it okay for an MCOLES certified peace officer to have a rapsheet of violent criminal history but it’s not okay to have the same rap sheet and have a CPL?

For years, this double standard has gone unchallenged and unnoticed by most.

MCOLES has ZERO misdemeanor disqualifiers as per state law and even have a nice spreadsheet that illustrates this. Their list has no misdemeanor disqualifiers at all. It is expected that the police unions would say that this is covered in the good moral character requirement; however, this would be on a case-by-case basis and such a decision could be challenged in arbitration, court appeals, etc. Unfortunately, CPL holders have no discretionary relief. If an applicant hits for any of the 71 misdemeanor disqualifiers, they are prohibited by law from having a CPL. There is no relief, “case by case basis”, or appeals process.

Criminal disqualifiers per Michigan law for MCOLES certified individuals are found in R 28.14203. The only misdemeanor disqualifications would have to be derived from the “good moral character” clause in R 28.14203(e); however, this is completely discretionary and would be based upon a whole number of administrative rules, arbitration, government employee appeals processes etc.

This situation is not unique to Michigan; however, the state has done nothing to correct this issue. The statutory language is crystal clear. MCOLES holds Michigan police to a LOWER standard than state law does for CPL holders when criminal history is taken into account.

Perhaps the next time the Sheriff’s association or the State Police chime in on a gun bill, they should consider cleaning up their own house as this is not only hypocritical and a double standard, it’s also just embarrassing. 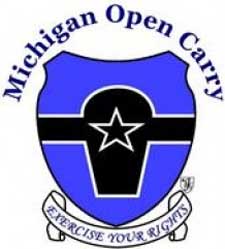 About Michigan Open Carry
Michigan Open Carry, Inc is a Not-For-Profit organization that depends on our dues paying members to continue our operation.  We are an all-volunteer organization.  As such, no one is paid a salary and very few of the personal expenses of our officers are reimbursed.  Won’t you consider joining us or renewing as a dues paying member today?  If you need technical help with the process, please email [email protected]