On the heels of the massive demonstration, in France, which included leaders from around the world who protested the Charlie Hebdo massacre, by Muslim extremists, Viral Buzz posted a list, a rather long list, of high profile Hollywood elites who have sworn their faith to Allah.

Here are a few of the surprises on the list:

Only in America, can you have two divergently opposed religious philosophies Jews and Muslims work together to inculcate a culture. Since the hierarchy of Hollywood is dominated by Jews, you gotta wonder how the elitist left of Hollywood reconcile some of the obvious questions. Quite a conundrum.

The left has often looked across the pond to idolize European culture. Now that the Europeans are pushing back against Muslim Extremists, how’s that gonna work? Are they gonna stop bashing Christians, now, since the Muslim extremists are so openly attacking Jews across the world? You would think, especially since Christians are so clearly in support of the Jews in fighting terrorism. 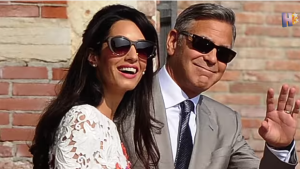 Hollywood, along with the main-stream-media, is a fundamental influence in manipulating a society/culture. Most low-information Americans voluntarily suck up the propaganda, which comes at us, through them. It would seem, since we are on the verge of a world conflict, regarding the extremist uprisings, someone is gonna have to develop some strategy/talking points for furthering a leftist direction on this one, especially since the conservatives have been foretelling of this dilemma for so long.


Previous [VIDEO] When You Hear This Pastor Boast About What He Did to a ‘Smart Aleck’ Kid, You’ll Understand Why People Are Horrified

Next The Poorest Counties in the US State by State