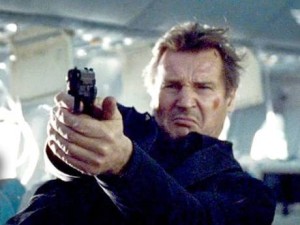 Not only does he surround himself in controversy praising Islam, he is extremely anti Second Amendment.

As a newly naturalized citizen of 5 years, he has studied the constitution and declared America’s Second Amendment to be a “problem.” Kind of an interesting perspective for a guy who makes millions of dollars wielding a gun on the silver screen as an action hero, don’t you think?

He said this in The Independent, today.


“I am totally for gun control in the US,” he says. “The population of America is roughly 300 million and there are 300 million guns in this country, which is terrifying. Every day we’re seeing some kid running rampant in a school. And do you know what the gun lobby’s response to Newtown was? The National Rifle Association’s official response was ‘If that teacher had been armed…’ It’s crazy. I’ll give Britain its dues, when they had the Dunblane massacre in Scotland, within 24 hours the gun laws were changed so you could not have a handgun.”

It would seem to me that when Neesom studied the constitution he failed to grasp the need to bear arms as a deterrent against tyranny. It has nothing to do with school shootings or criminals who obtain guns illegally. In fact, if an overly politically corrected culture were dedicated to accountability against criminal acts, perhaps there would be less gun crime, and crime altogether. Let’s address that before we strip away 2A.