Bill Maher expressed some concerns about cracking down on radical Islam in the United States and argued to his panel that you don’t have to be a “right-wing nut” to worry about these issues.

Remember when Berkeley students protested a commencement speech by Bill Maher because he said that Islam is the only religion that’s like the Mafia and will “fucking kill you” if you say or write the wrong thing? Well, considering the Charlie Hebdo shooting last week, Maher had something to say to those Berkeley students: how is it that I’m the problem? 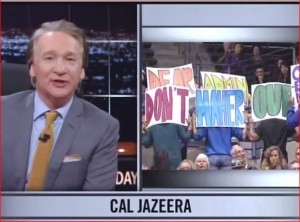 Maher took his usual jabs at conservatives like Bill Donohue coming out against total free speech, but it distressed him far more to see liberals taking such strong stands against free speech to the point of “extreme bullying.”

He explained that liberals are perfectly fine using bullying when, for instance, they denounce his views as bigoted or call for Rush Limbaugh to go off the airwaves. Maher said that if you really want Limbaugh off the air, you’re not a true liberal, you’re just a “baby” who doesn’t like hearing different opinions.

And to Muslims who might be offended by people insulting Islam, Maher explained that’s exactly how he feels about weed. But when someone criticizes weed, he doesn’t threaten violence or bully them into silence, he just goes, “Good, more for me.”

Maher praised the Dutch Muslim mayor who told radical Muslims who can’t stand freedom to “fuck off” and asked why we can’t say something similar in the United States.

Josh Barro argued that you’re not going to get much positive social change out of a “fuck you” message, but Maher argued there is an important reason the West should be doing more of that. 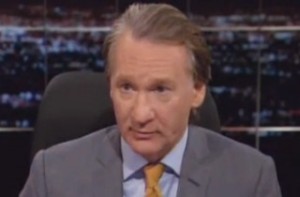 He cited the rise of some radical beliefs among Muslim communities in Europe and worried about how fanatical minorities could fundamentally change those nations. Maher said he doesn’t want to live in a world where there are radical Muslims threatening everyone to abide by their laws or else.

And while that might sound a little like something Fox News would say, Maher insisted you don’t have to be a “right-wing nut” to worry about Muslims who “want to take over” places like the United States.

Previous “It’s the right to bear arms, which is the problem.”

Next Racy Commercials You Will NEVER See On TV, But . . .