A 12-year-old white girl faced intense scrutiny after posting photos of herself online with a new hairdo that some say should only be for black people.

According to B. Scott, Mallory Merk posted selfies of her box braids online to show them off to her friends, but unexpectedly faced a barrage of negative comments.

Like most 12-year-old girls, she was excited to show off her new look to friends on social media. Things quickly escalated after pictures of Mallory in her new blonde box braids started to make rounds. 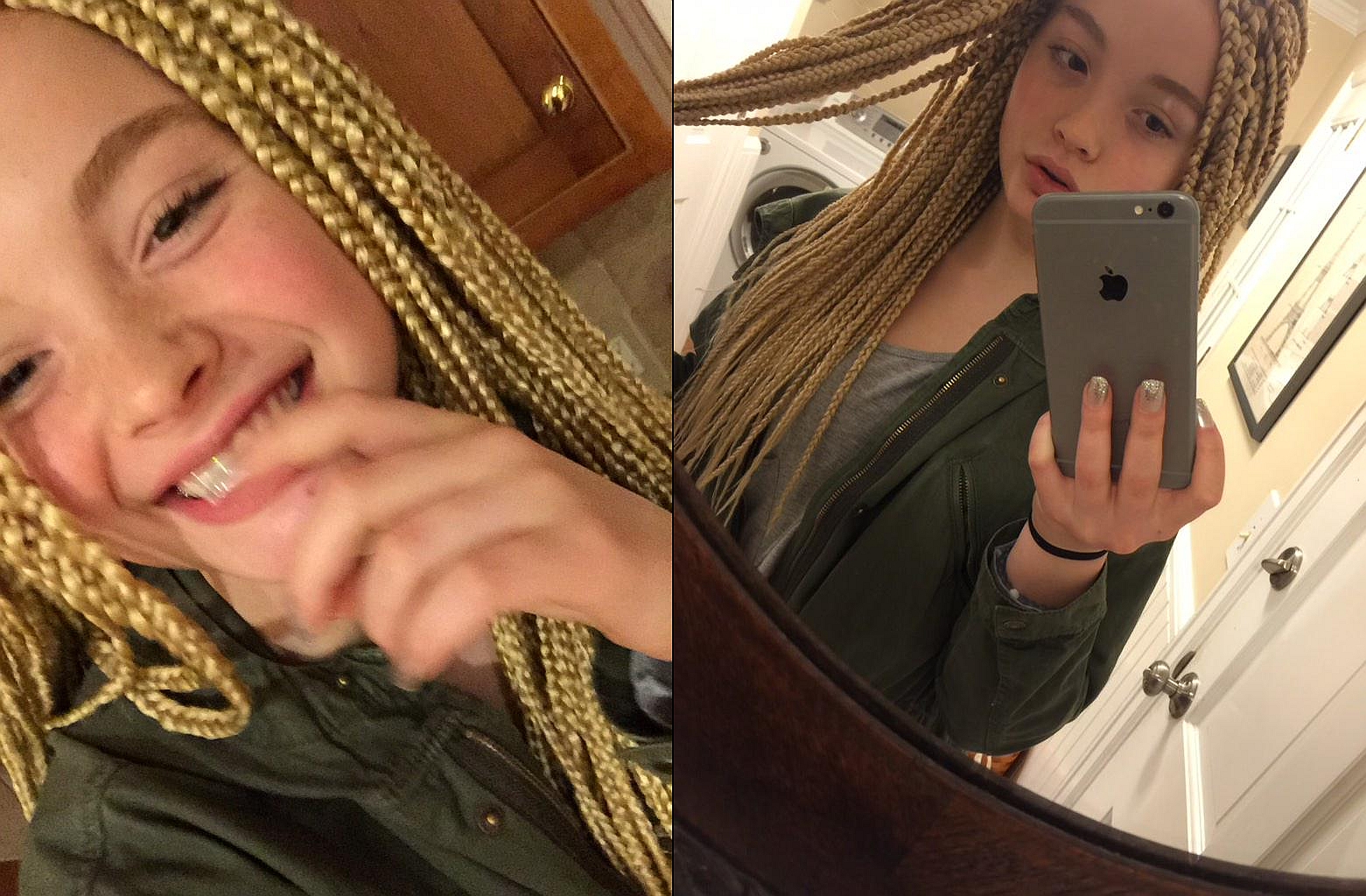 Many people found the braids to be ‘offensive’ and just another form of cultural appropriation.

Writer/editor Jamilah Lemieux summed up the majority of backlash and opposition:

Yes, something as "trivial" as a hairstyle can be triggering or upsetting. Let us have it. This goes to everyone, btw.

It's feeling like psychological torture, esp against the backdrop of state-sanctioned murder and the #BlackLivesMatter movement…

…our bodies, our music, our fashion, our lips, our hair…everything about us is ripe for the picking by people WHO DO NOT TREAT US WELL.

This is not happy cultural mixing where you bring the blonde and I bring the braids, because you hate me and tell me as much all the time.

It wasn’t all bad though — a lot of people showed support for Mallory and her new choice of hairstyle. 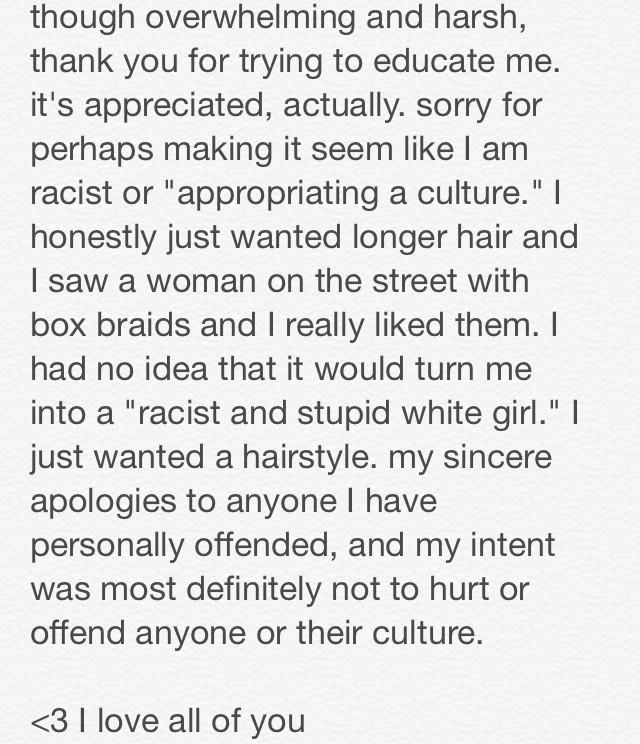 We’re not sure if 12-year-old Mallory crafted that apology herself or had help from her parents, but it’s refreshing to see someone make a sincere apology even if their intentions weren’t to offend.

So, we have to ask our followers — what do you think of Mallory’s braids? Are they offensive? Or are they simply a little girl trying out a new style?


Previous What Did The Youth of Ferguson Learn?

Next [VIDEO] After Being Viciously Attacked While Riding Her Bicycle, 5-Year-Old Girl Is Saved By Unlikely Hero