I have often asked the question: Why are so many blacks hostile and bitter, and filled with rage? I have pointed to the fact that blacks enjoy the same opportunities that everyone else in America does and yet despite that, many cleave to a deep-seated resentment that borders on raw hatred toward anyone who does not embrace the self-limiting heterodoxy of victimhood.

I have pointed out many times that nowhere is this more evident than in the antipathy so many blacks have toward those of us who refuse to be mentally and emotionally enslaved on the plantation of victimology.

Specific to that point, on Saturday, January 3, 2015, I received an email from Gloria Harris Doss who apparently lives in the Hale County area of Alabama. Having read one of my nationally syndicated columns which appears in a newspaper in her area, she felt compelled to write me a personal comment. 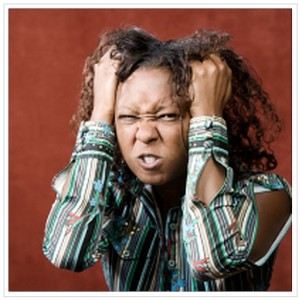 “While scanning across your article in the Greensboro Watchman, I realize that you have serious issues. You will never be white, so let’s clear that up. You are a total disgrace to the human race, not just blacks. I find you and your writing repulsive . You started the article by pretending you have some sense , then you dropped off the earth with your UNCLE TOM comments.

The sad thing about you is, you want what President Obama and the Rev. Sharpton have achieved. You, my black brother from another planet need to take all of your medication, because mentally, you are INSANE! … no one cares about your babbling either. You write such garbage in an Alabama news paper. Are you trying to to get points from whites? Or be the good “N”? Your suit, tie nor education will make you white nor will it make them vote for you. your kind truly still have slavery mentally. Ask the boss man what he wants you to write next.

More garbage. What a waste.”

I receive thousands of emails/letters weekly and I have made it a commitment to respond personally to every person who writes to me since I began my writing career. There are invariably always included among these, letters from those who disagree with me. That is to be expected.


But, without exception, the most vulgar, boorish, and venom-filled letters/comments I receive are from blacks. With very, very, few exceptions, blacks who write me in disagreement do not question what I’ve said, rather they condemn me for saying it.

Blacks who write me in disagreement, as this Gloria Harris Doss did, offer nothing save puerile ignorance. They equate truth telling as synonymous with being a pawn of a white man.

I am an award winning nationally syndicated op-ed columnist, an author, speaker, and born-again ordained Christian minister. I am the former chairman of a Capitol Hill think tank. I’ve testified in closed-door session before the chairman of Congressional committees. Besides being an author I am quoted by other authors in over 700 books and many times over that in various publications.

I say that specifically because due to my unflinching strict Constructionist positions and staunch conservative opinions, my work is amongst the most closely scrutinized published today. And it has passed muster for nearly 20 years. In a recent in house poll, I was assessed as one of the most trusted in my field today.

But, still blacks like the woman I reference above are incensed by my telling the truth. Would they rather me tell lies? Would that be more pleasing to them? Is it the truth or my being a person of color telling the truth that so offends them?

It is nothing short of manifest absurdity that this woman and those like her suggest that I am jealous of Sharpton and/or Obama. It is inconceivable that they would think a true born-again man of God would be envious of Sharpton and Obama.

If anything, I am fighting to protect not just America, but specifically blacks in America from those two. Black law enforcement faces threats of physical violence thanks to Sharpton and blacks face systematic extermination from Obama.

Nearly 2,000 unborn black children are murdered by abortion every single day and the single most prolific murderer of unborn black children is referred to by Obama as “doing good work.” Obama even went so far as to invoke “God bless Planned Parenthood.” And blacks like this woman have the audacity to suggest that as a Christian I would be envious of Obama?

I am not a color and I am not a victim. I am an American, blessed by God to be living in the greatest country in the world and doing what I love to do. I ask where would people like her prefer to live? If they are in some way unfulfilled, it is not my fault.

In America, you are not limited by the color of your skin, you are limited by how you think.