Filmmaker Michael Moore has claimed on more than one occasion that his uncle Lornie was killed by a sniper in World War II but to date, no evidence has been found that substantiates Moore’s claim.

The left-wing filmmaker has recently come under fire for criticizing the Chris Kyle biopic, “American Sniper.”

GotNews began investigating Michael Moore’s claim and they happened upon a photo of his uncle, Herbert “Lornie” Moore.

According to the findings on Ancestry.com, Moore was killed on March 10, 1945 in Manila.

The person who uploaded the photo two years ago said Moore was killed on March 12, 1945. 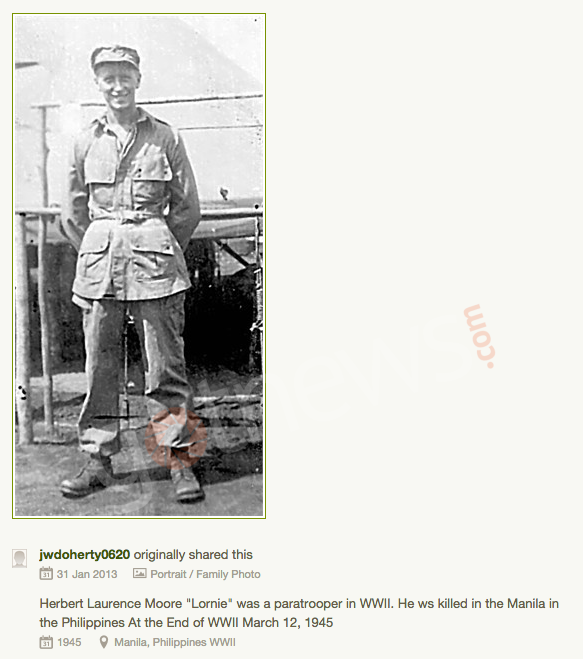 According to GotNews, during an interview in 2009 Moore made the claim that his uncle was killed in the Philippines. However, the investigation team found no evidence to support that claim.

Next Homeowners Sued For Parking Truck In Their Own Driveway