So in 2015 it has come down to – neo-Leninists and Al Sharpton stirring the caldron of victimology by convincing gullible blacks that Hollywood is racist because no blacks were nominated for an Academy Award this year.

If black people were fish and self-inflicted victimology and immiseration were fat juicy night crawlers, Sharpton and the neo-Leninist racists would rule the lakes and streams. 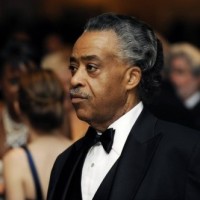 Can a group of people be so collectively mindless, so easily led through the nose, as too behave like windup robots?

So what if none of the nominees were black. Are we now going to see affirmative action movies? Are we going to see Obama use Executive Orders to mandate that for every white nominee there must be two black nominees? Are we going to see Sharpton demand that there must be a special afri-movie category? Is he going to demand special awards for blacks? Are we on the cusp of the “outstanding black whatever” awards? And may I add, there would no doubt be dissention if more light-skin black actors won than dark-skin black actors.

One of my readers forwarded me an article where a white communist was decrying the fact that there were no black Academy Award nominees. I say – get over it!

Contests, if they are to be fair and impartial can only be viewed as rejection based. Someone has to win and someone has to lose. What is so difficult to understand about that?

The truth is that it isn’t hard to understand at all; it’s just more convenient and advantageous to pretend not to understand it. That way gullible blacks are kept in a state of apoplectic agitation and in a perpetual state of victimhood.

The bigoted racism of white neo-Leninists is transpicuous. They castigate, mock, and scorn blacks who speak proper English and who have a more extensive vocabulary than theirs. They call us “uppity” and accuse us of not being intelligent enough to have benefited from our education.

White neo-Leninist racists understand what blacks are too wantonly blind to see for themselves because they have willfully embraced the idea that they are victims. And the most tragic aspect of their embracing victimology is that they are blind to the fact that said ideology reduces them to a selfish, loathsome, self-defeating and self-alienating people unworthy of respect.

How many times must it be said? How long before blacks realize that pets are provided cages, food, and expected to perform for their masters whenever they are instructed to. Public housing, food stamps, constantly being told they should be angry, encouraged to live their lives as if slavery and Jim Crow still existed, filled with resentment and antipathy is not the mindset of a free people. Nor is it the mindset of emotionally and spiritually free people. It is the mindset of pets that dance at their master’s orders.

I have said it many times, the only place blacks accept meritocracy is on the athletic field. But where has this mindset gotten them? What barriers have blacks overcome dancing for their liberal masters?

Maligning those whose cosmological view isn’t based on skin color and who aren’t unencumbered by being a color is the only option available to those who live their lives as a color and being angry.

At the end of the day Al Sharpton and the neo-Leninist racists aren’t acting in the interest of blacks because nothing of value is rendered. They are acting in accordance with their own self-interest; Sharpton in his thirst for money and prominence, and neo-Leninists in their quest for power over and control of blacks.

Thankfully for them there are enough mindless blacks who are happy to be misled and used. And then there are those who fancy themselves eruditions because they can blather revisionist history as though it were factual.

At what point will blacks as a people awaken to the reality that there are more important things they need to focus on than an award for a movie the majority of them couldn’t afford the money it cost to see it?