All six were arrested after a 16-year-old girl told police she was sexually assaulted by each of them on Nov. 13 in a patch of woods near Winter Springs High. 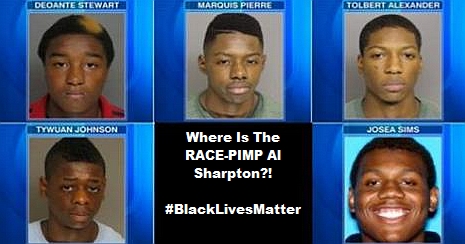 She told police that three of the suspects raped her when she was walking from the school to a nearby McDonald’s. She was raped again on her way back when two of the boys found her and pulled her into the woods where others were waiting, according to the police report.


The girl was able to film part of the attack on her iPod. According to the police, the video shows the boys asking her to perform sexual acts and her telling the boys, “No,” and that she wants to go back to school.

“The males are circling her and appear to be trying to intimidate her into performing the acts and keeping her from leaving,” according to the police report.

Two of the suspects assaulted her twice, she said.

Three of the suspects claim that the act was consensual and two denied to have taken part.

If convicted as charged, the two juveniles being prosecuted as adults face a maximum of 30 years in prison, but if a judge chooses to sentence them as “youthful offenders,” they could receive a maximum sentence of six years.

The other three juveniles, if convicted, could be placed in a juvenile facility until age 19.


Previous Take This POTUS Poll! Don't Let The Establishment Choose For YOU!