There seems to be an irreverent trend, coming from the ground, up, or should I say from the grassroots, up? In the afterglow of the November 2014 take over of the senate, conservatives across the country are more than a little tired of all rhetoric coming from their elected. Now they want action. No more Yankee Doodle without substance to back it up. 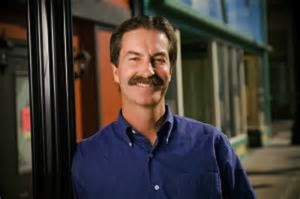 Since the 2014 November elections, the campaign din of “Repeal and Replace” (Obamacare) has fast faded away. One Missouri state rep has thrown down the gauntlet and called out every Republican inside the D.C. beltway as well as in the Jefferson City state capitol. He’s wants some accountability for campaign promises that got them elected in November and he expects Republicans to stand up and be counted. It’s time to put up or shut up and there may be a lot of “dancing” in both capitols if Mike Moon has his way.

Moon has filed a resolution in the Missouri General Assembly that requires Washington elite to fully repeal Obamacare, as promised or identify themselves otherwise. The Missouri rub is he has to get it passed out of the Missouri House for it to take effect.

Read the entire story and the resolution in this examiner.com article.


There’s a lot of popular support for this resolution among the constituents, but it remains to be seen if Missouri Republican leadership will give it the life it needs to get passed, so Moon is asking for grassroots support to put the pressure on their reps to pass the bill. So far, because it is early into the Missouri legislative session, it’s hard to tell how much resistance or support Moon will get from his colleagues. But you can make calls to Missouri representation. Here are the links to:

Next The Saga of “Stabilizing Braces” and the BATFE