One Atlantic City casino is catching heat on Twitter over the menu options it offered for the Martin Luther King Jr. holiday.

Several people tweeted about the special, with many of them calling the menu racist.

“Borgata has to be clueless,” one user wrote. “And has no PR department. And is run by whites.”


Some tweets had been shared hundreds of times.

Joe Lupo, the Borgata’s senior vice president said the menu was researched by the Metropolitan’s manager — an African-American woman, and was intended to honor King by serving his favorite dishes. 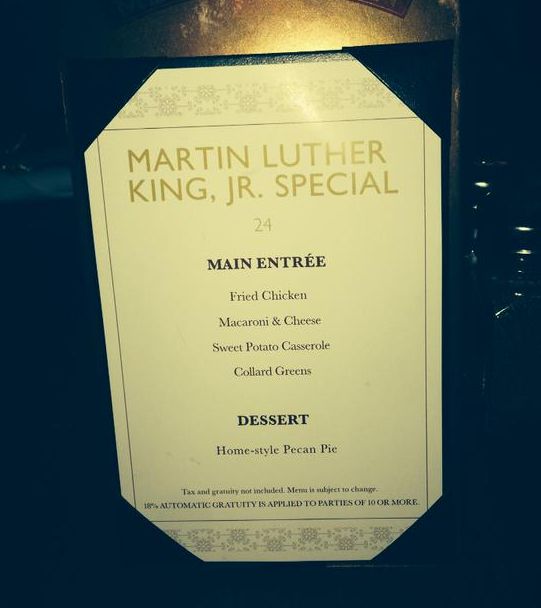 “Borgata’s only intention, and her only intention, was to honor the weekend,” Lupo said. He added that the restaurants at the casino will frequently offer special menus around holidays- like Mexican cuisine around Cinco De Mayo and Irish specialties around St. Patrick’s Day. 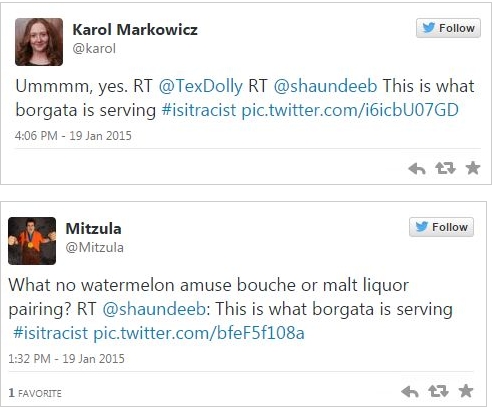 “We were surprised that there were so much negative comments, but we probably could have communicated better that it was done so that it was his favorite foods,” Lupo said.

Next Clint Eastwood goes after Michael Moore and here's what happened....