A YouTube video created by a Prior Lake man who calls out his daughter’s bullies is causing a stir on social media.

In the video, published on Monday (Jan. 19), Bradley Knudson appears on camera and talks about a pair of twins from Prior Lake who he says bullied his daughter on Snapchat in December.

“We have a very beautiful African American da 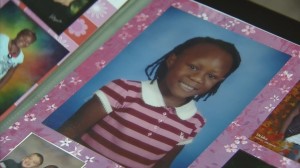 ughter that we were very fortunate enough to adopt 11 years ago,” Knudson explains. “We’ve dealt with a little bit of racism, you know, stares, things like that when she calls us mom or dad, but she didn’t notice so we just blew it off because it was directed towards us.”

On New Year’s Eve, two freshman girls reportedly sent Knudson’s daughter a series of Snapchats, and when his daughter’s friend brought them to the parents’ attention, they were able to capture one of the messages on their own phones. In the alarming Snapchat, the girls say Knudson’s daughter is “such a slut, a nigger, and a fat bitch.”

Knudson claims he tried to get in touch with the parents of the two bullies, who are actually twins, but never got any responses. Finally, Knudson went to the police, and they were able to talk to the girls and their parents about what happened. When Knudson was able to reach the twin girls’ father Deron Puro on the phone, Puro allegedly told the emotional dad that they use racist language around their home all the time. 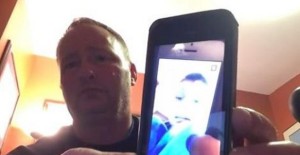 “Yeah, Brad, tides have turned, huh? I guess you’re a nigger lover. Call me back,” Puro reportedly told Knudson in a voicemail.

Knudson says he decided to post the video explaining the situation in an effort to shine a light on how hurtful racism and bullying can be.

“I just had to get this off my chest, I just don’t know what to do, other than say I love my daughter and I don’t want her committing suicide because of this,” Knudson said.

In a statement from the local school district, Kristi Mussman, Director of Communications, said that they conducting an investigation into the racism and bullying.

“Prior Lake-Savage Area Schools is aware of the You Tube video,” Mussman said in the statement. “First and foremost, we do not tolerate racism, harassment or bullying of any kind. We are conducting our own investigation to get a better understanding of the events that led up to this video. We have reached out to Mr. Knudson directly to offer support for his daughter. We strive to maintain safe and respectful schools for all of our students and will continue to work to ensure a safe learning environment for all of our students.”

The father of the bullies, Deron Puro, was an independent contractor and according to Fox 9 his employer confirmed that he is no longer associated with that company as of Jan. 21.