New York Assembly Speaker Sheldon Silver was arrested Thursday on public corruption charges and accused of using his position as one of the most powerful men in Albany to obtain millions of dollars in bribes and kickbacks masked as legitimate income.

According to reports, Silver surrendered to FBI agents early Thursday in Lower Manhattan, where he has lived and represented constituents since the 1970s. In 1994, he became the speaker of the State Assembly and has stayed in that position through five gubernatorial administrations. 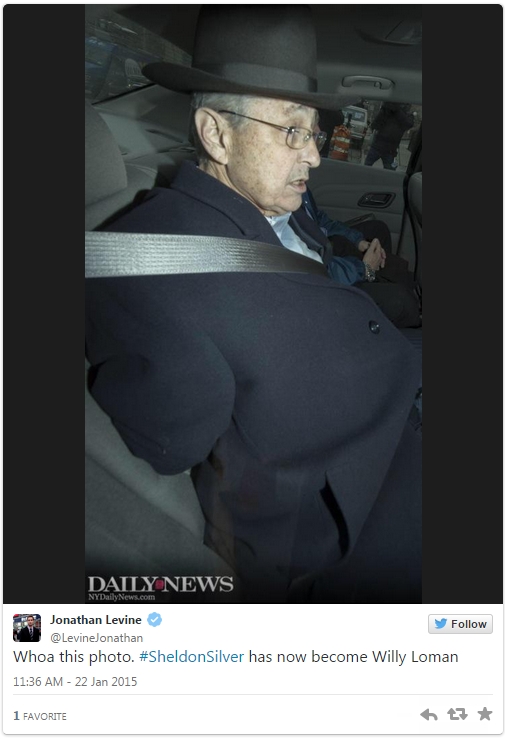 “I hope I’ll be vindicated,” Silver said, the New York Times reported, before entering 26 Federal Plaza — the offices for many federal government agencies in Manhattan.

He faces charges of mail fraud, wire fraud, and extortion.

Silver is accused of “using the power and influence of his official position to obtain for himself millions of dollars of bribes and kickbacks masked as legitimate income,” according to a five-count criminal complaint.

“Mr. Silver looks forward to responding to them — in court — and ultimately his full exoneration,” Cohen said in a statement.