A woman visiting an inmate at a privately-run Tennessee prison said guards forced her to expose her genitals to prove she was menstruating, when she tried to take a sanitary napkin into the facility, according to a lawsuit.

The woman, identified only as Jane Doe, claims her constitutional rights were violated when – after clearing one security checkpoint – guards noticed the sanitary napkin sticking out her pocket. A guard asked about the “feminine sanitary napkin” in her pocket, and the woman said she needed it because she was menstruating. 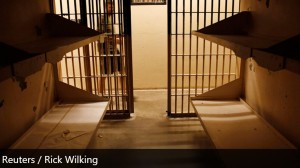 The woman says she was instructed to go into a bathroom stall, drop her pants and underwear, and allow a female officer to inspect her genitalia.