A US-based civil rights group has raised the alarm over a surge in hateful anti-Muslim messages, triggered by the release of‘American Sniper’, a new box office hit that shattered records and made over $180 million in four weeks.

The American-Arab Anti-Discrimination Committee (ADC), sent a letter to the director of the movie, Clint Eastwood, and its star, Bradley Cooper, asking them to promote tolerance by condemning hateful language used against Muslims online. “It is our opinion that you could play a significant role in assisting us in alleviating the danger we are facing,” Reuters quoted the letter, dated January 21.

ADC said its members have been receiving an increasing number of“violent threats” since early last week, just days before the release of the movie. Even the FBI is said to be involved with the ADC in sorting through over 100 collected messaged to establish their credibility and assess the level of risk.

One of the collected posts on Twitter said: “Nice to see a movie where the Arabs are portrayed for who they really are – vermin scum intent on destroying us.” 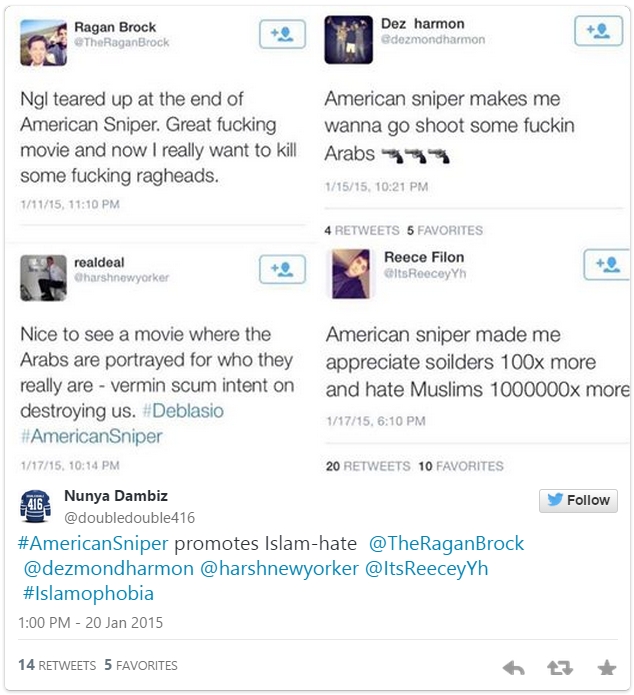 In the letter, the ADC warned: “The threats advocate for the murder of Arabs, one going as far as to say, “Great f**king movie and now I really want to kill some f**king ragheads.” 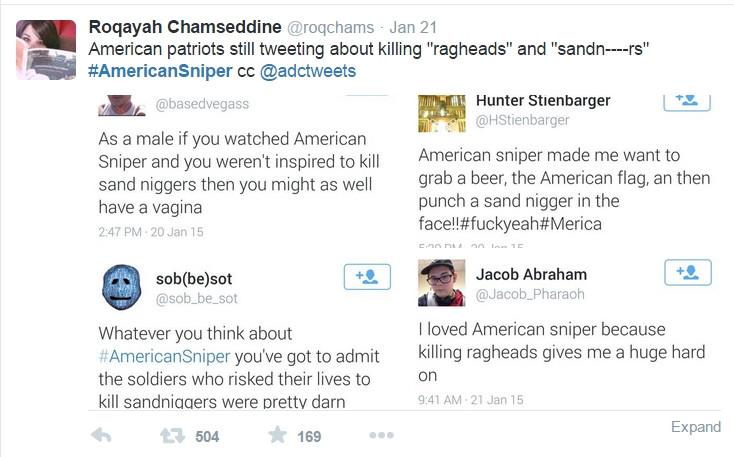 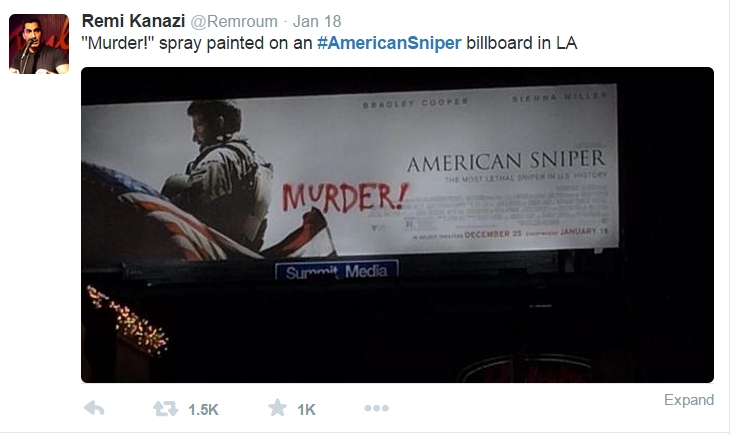 
Previous [READ] Dr. Ben Carson Gave Outstanding Advice to The Next President In 2016