Texas Republican Senator Ted Cruz (R-TX) has reportedly filed new legislation that will ban any American citizens who travel overseas to fight for ISIS and other terrorist groups from re-entering the United States. The bill, known as the Expatriate Terrorist Act, is being filed now partially due to President Obama’s State of the Union address last week. 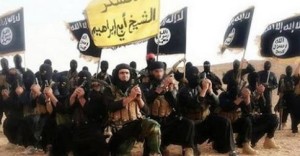 According to reports, Cruz first proposed the bill last year, which will block those who travel overseas to fight for the Islamic State from coming back into the country and also strip them of their citizenship rights.

In a video released by Cruz’s camp following the State of the Union address on Tuesday, the president was criticized for his foreign policy and the way he has dealt with terrorism, with the video claiming that his views aren’t in line with “reality”. Cruz’s newly-released video blasting the president can be viewed below.

“President Obama’s approach to foreign policy refuses to acknowledge the threats our enemies pose to our national security—it is detached from reality and making the world a more dangerous place,” Cruz said in response to the president’s speech, according to The Washington Free Beacon.

“We’ve seen the grave consequence of the Obama-Clinton-Kerry foreign policy unravel with respect to Iran, Russia, and now Yemen. These consequences are not confined to faraway lands. They directly threaten America and our allies.

“That is why this week, I am re-filing the Expatriate Terrorist Act, which prevents Americans who have fought abroad for designated terrorist groups from returning to the United States,” Cruz continued. “I look forward to working with senators on both sides of the aisle on this and additional measures to secure our nation and restore America’s leadership in the world.”

Back in October, FBI Director James Comey told “60 Minutes” that Americans who fight for ISIS are “entitled” to come back to the states, despite their actions.

“Ultimately, an American citizen, unless their passport’s revoked, is entitled to come back,” Comey disclosed. “So, someone who’s fought with ISIL, with an American passport wants to come back, we will track them very carefully.”

Do you agree that as long as they have citizenship, they should be allowed to re-enter the country? Leave us a comment below.

Next Muslims Threaten Zuckerberg, Facebook After 4 Islamic Pages Are Taken Down