A 5-year-old girl from Las Vegas reportedly died from the same strain of the flu that she was vaccinated against earlier this year.

Kiera Driscoll is the 56th child in the country to die from the flu this year, according to the Center for Disease Control and Prevention. But the tragic loss of this kindergartner is all the more mysterious because her parents vaccinated her for the exact strain of influenza that reportedly killed her, reports the New York Daily News. 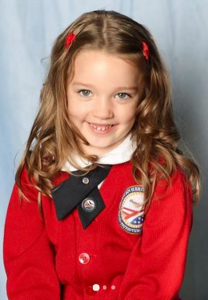 Kiera’s family says she began coughing and coming down with a fever on Jan. 18, and that they immediately took her to a walk-in clinic, where a doctor gave her a nebulizer and steroids, reports KVVU. But, just a few hours later, the little girl reportedly collapsed and her mother performed CPR on her while they waited for her to be rushed to a hospital. She was pronounced dead at the hospital the following day from influenza A.