I’d bet they never thought social media would be used like this. If you are planning a flight across the country or across the region, you might want to check your twitter accounts to see if there have been bomb threats for your specific flight. Yep, that’s right. Since Saturday there have been 20 or more terror threats, via twitter, on various airlines based in the United States.

One account issued threats against six separate planes, and American flight from San Francisco to Chicago, a Southwest flight from Chicago to Charlotte and four different Delta flights. The same account tweeted a threat against the San Francisco FBI office at 9 p.m. PT.

A second account targeted an American flight from Los Angeles to Chicago with a tweet that said “We are ISIS.”

A third account claimed there was a bomb and an armed passenger aboard a United flight from Newark to Miami. The tweet said, “United 223 Flight 223 has a bomb on it, and a passenger in seat 26 has a loaded mac.11”. 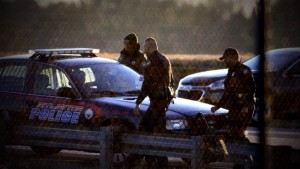 The threats were evidently credible enough to launch fighter jets to escort 2 planes to Atlanta’s airport, and one jet was diverted to the Dallas/Fort Worth airport.

While the FBI must address all claims,

Law enforcement sources told NBC News that real would-be bombers tend not to announce their plans ahead of time by social media, but that they must respond to all such claims.