Morgan said she is not worried about anyone coming after her, because she packs heat.

In the five months since Jan Morgan banned Muslims from her gun range in Hot Springs, Ark., business has boomed and predictions of a lawsuit brought by federal civil rights enforcers have so far proved inaccurate.

Morgan, who claims keeping Muslims out of her Gun Cave Indoor Firing Range is a matter of public safety and not a constitutional issue, says she made the decision in September after two customers she deemed suspicious visited. She said their furtive behavior and cellphone ringtones of “Allahu Akhbar” prompted her to revise her range’s policies.

“We are dealing in lethal firearms,” Morgan told FoxNews.com. “I’m not going to let a Nazi shoot in here, or a Ku Klux Klan member in here, either.”

Morgan said she excludes those she believes to be Muslim based on their names. She says business is up, but she has gotten threats, which she brushed off.

“I’m not going to let a Nazi shoot in here, or a Ku Klux Klan member in here either.”- Jan Morgan, gun range operator 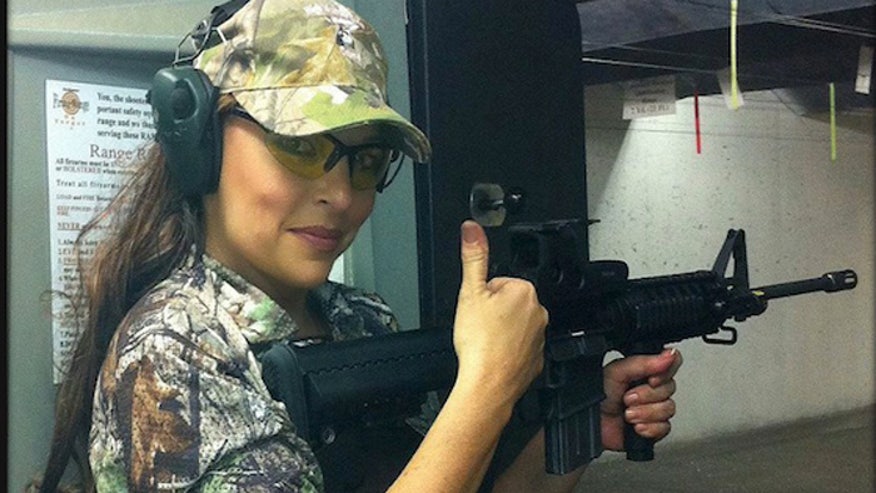 But Morgan’s “no Muslims” stance has her in the legal crosshairs of at least two groups. The Council on American-Islamic Relations (CAIR) wrote to Attorney General Eric Holder seeking the Justice Department’s involvement.