The District of Columbia has issued its first concealed handgun carry permits. As of January 26, there are eight civilians who can legally carry a firearm in the nation’s capital. Currently, more permit applicants have been denied than approved.

“We’ve had 69 applications, of which three were canceled at the request of the applicant,” Metropolitan Police Department (MPD) spokeswoman Gwendolyn Crump said. “So far eight licenses have been approved and issued.” 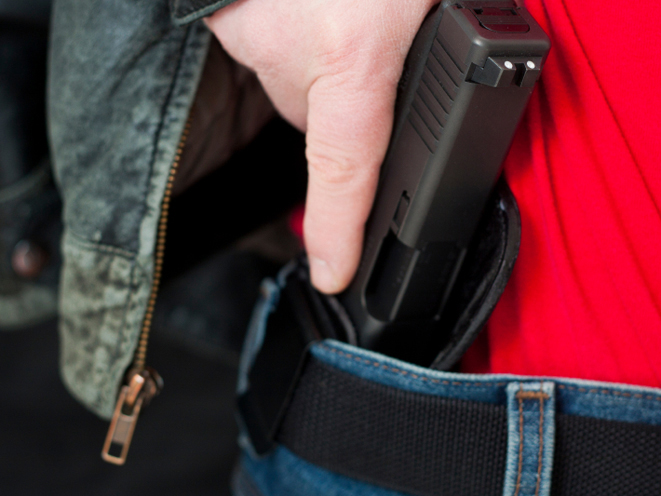 The District was forced to adopt a legal framework allowing civilians to carry firearms after a federal judge declared the city’s previous ban unconstitutional last July. The City Council adopted a “may issue” law which featured a myriad of restrictions, imposed 18 hours of training requirements, cost $110 in application fees, and required applicants prove to city officials their need to carry a firearm. It has been widely criticized by gun rights activists. The city began accepting applications several months later on October 23rd but established a 90 day review period.

The eight people legally allowed to carry a gun within city limits represent about .00001 percent of the 646,449 people the Census Bureau estimates reside in the city. The MPD did not provide any information about where  the eight permittees reside, but there are non-residents represented among the 69 people who have applied for a permit.

MPD spokeswoman Crump revealed that more applicants have been rejected by the department than have been approved.


Previous Why ISIS in America is only a matter of time

Next The Typical American, IN WHICH a Patriotic Debate, Deflate Breaks Out.