Remember the great revolt of conservative congress folk who dared to buck the establishment to oust a RINO Republican Speaker? Remember how it all went down in flames in a narrow defeat? Everybody thought that was that. Or was it? Maybe not so much. 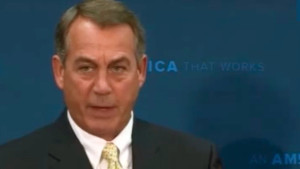 We’ll keep an eye on this one and let you know if anything fires up.