If either Michael Moore or Seth Rogen are passing through Grand Rapids, Mich., and are looking for a place to eat steak, they can forget about visiting Brann’s Steakhouse and Grille. That’s because owner Tommy Brann has decided to defend the film American Sniper by banning them from his restaurant. He’s even broadcasting the news on a giant sign out front.

He didn’t even give Rogen the courtesy of spelling his name correctly: 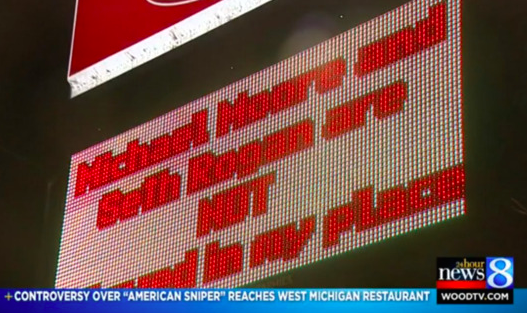 Brann told local NBC affiliate WOOD-TV he was incensed when he heard about tweets the director and actor posting supposedly criticizing the Clint Eastwood-directed film.

“For 43 years I’ve been a small business man because of the Chris Kyles of the world and I have a right to not serve the Michael Moores and the Seth Rogens,” Brann said. “That guy is an American hero.”


Moore tweeted generally about snipers being “cowards” without mentioning the film and later explained that he actually enjoyed the movie.

Rogen was accused of comparing the film to Nazi propaganda after posting this tweet:

He later posted a longer statement insisting that was not his intention: 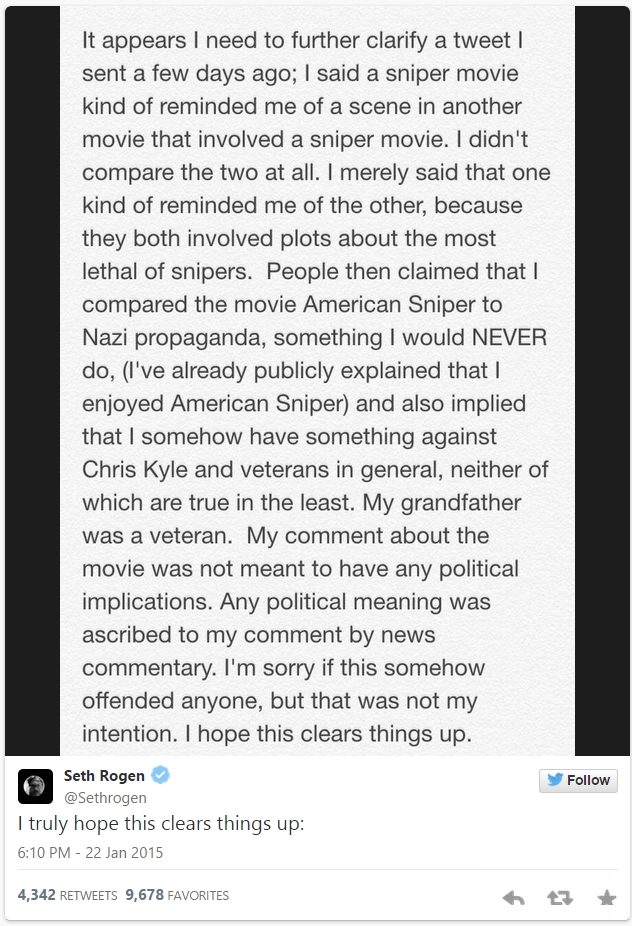 Watch video below, via WOOD-TV:

Next Jessie Ventura's Comments About 'American Sniper' Are Sparking Anger