Who would have thought the American people would have actually put up with another Bush/Clinton ticket in 2016, that’s how thing are shaping up. Romney, who had previously been flirting with a third try at the White House just announced he’s bowing out.

“After putting considerable thought into making another run for president, I’ve decided it’s best to give other leaders in the party the opportunity to become our next nominee,” Romney told donors on a conference call Friday morning. 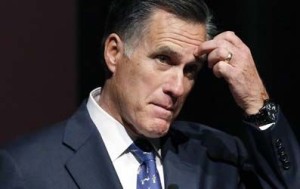 So, that leaves the door for Jeb to take the reigns. It remains to be seen how his base will respond to his progressive leanings on education (common core), immigration, etc.

Next Man reunited 1 year later with his stolen 'German shepherd'