Texas executed murderer Robert Ladd on Jan. 29. He was convicted of beating a woman to death and setting her body on fire 19 years ago.

Despite petitions to halt the execution, one of which was granted in 2003, the new appeals based on Ladd’s low IQ and his intellectual disability were not enough to postpone the execution again.

In 1996, Ladd assaulted Vicki Garner, a mentally impaired women, by raping her, beating her to death with a hammer and setting her body on fire. He also stole items from her apartment, later trading them for crack cocaine, according to the Texas Attorney General’s Office. 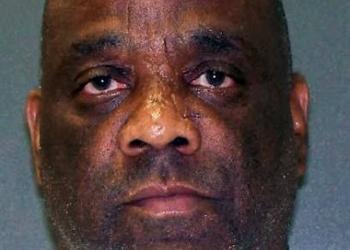 This was not Ladd’s first run in with the law. Before Garner’s murder, he was paroled after serving a fraction of a 30-year sentence for stabbing a Dallas woman to death and then setting her body on fire, also killing her two children.

Ladd became the 520th person to be executed in Texas since 1976, when the U.S. Supreme Court allowed the death penalty to continue. Texas now makes up around 40 percent of all executions in the country.

In an interview with the Associated Press in 2003, Ladd denied killing Garner, stating “It shouldn’t have happened. I can’t come up with a reason why it did.” In the same interview, he admitted to being in Garner’s apartment and stealing her items.