The video was entitled, “A Message To Japan” accuses the Japanese President of being reckless in fighting an “unwinnable war.” The militant in the vid also promises more jihad against the Japanese, “wherever they are found.”

Additionally, there is no word on the other hostage. The deadline has also passed on action from the Japanese government according to sources. 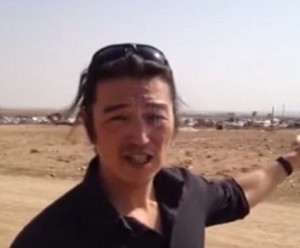 Meanwhile, the family of Jordanian fighter pilot Muath al-Kasaesbeh said they had no received no word of his fate since the deadline for a possible prisoner swap – in which Jordanian prisoner Sajida al-Rishawi would be exchanged for al-Kasaesbeh – passed.

Next Who's Sheriff Joe Gunning For Now?