Sheriff Joe Arpaio has a reputation for being America’s toughest sheriff, and today he put a target on the backs of liberals. That’s right, he’s going after the liberal contingent and the “law-enforcement bashing demagogues” that have been throwing road blocks along the way in his efforts to protect the citizens of Maricopa County, Arizona. He announced he’s running for office again, his 7th term, and going after liberals is priority number 1. 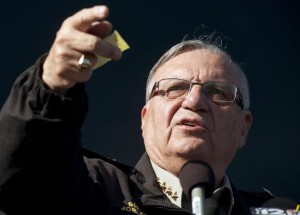 The Conservative Tribune notes that Arpaio has gone above and beyond in fighting evil and liberalism. Last year he fought a lengthy and expensive recall election. He’s is currently fighting the Obama administration’s amnesty proposals, and arrested countless illegals, only to have them end up in his own prisons, multiple times.