The news is out and, apparently, so is Bruce Jenner. The former Olympian, reality star and father to 6 children from 3 separate women has decided to leave it all behind and live the remainder of his life as…wait for it…a woman. 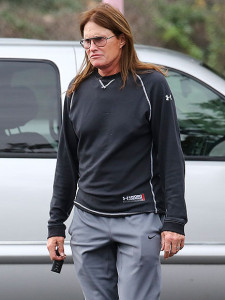 What could possibly drive a handsome, rich and loving family man to turn his life into a public freak show? Jenner won an Olympic gold medal in 1976, and supported himself as an insurance salesman during his training. Since that time, his life skyrocketed into fame and fortune.

And while most tabloids and news, including FOX and PEOPLE, are reporting the sensitive subject is being handled slowly and with respect within his inner circles, he intends to cash in on the bizarre life choice, as he will film a docu-series documenting the transition to air later this year.