A blog post written by a 20-year-old Kansas college student in defense of her interracial relationship has gone viral.

Ashlyn Sullivan, a student at Butler Community College near Wichita and waitress at a local Buffalo Wild Wings, was inspired to write the blog, titled “I am not dating a racial slur,” after an encounter with racist customers at her place of employment. 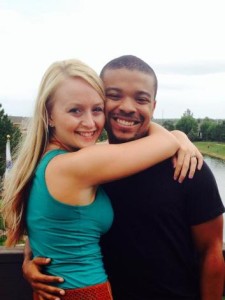 The incident reportedly happened during a recent shift Sullivan was working and included a group of six men who were trying to make passes at her. When the waitress informed them that she had a boyfriend, the men accused her of lying, but when she showed them a picture on her phone, she was shocked at their reaction.

“The obnoxious kid that was way too drunk and way too underage says this: ‘Awh girl, why are you dating a n*gger? They ain’t gone treat you right‘ along with some other very profane choice of words,” Sullivan wrote in her blog post. “Once again, I had the opportunity to just walk away.. and I realize this now. However, I was heated. I told the guy he was racist and that I am not dating ‘one’. I told the guy he could shut up or I would go get my manager and they could leave.”

Sullivan went on in her post to defend her relationship, making clear that she doesn’t care about the color of her boyfriend’s skin.

“Let me just get this straight though. I am not dating a N*gger,” Sullivan wrote. “I am dating a man with the smoothest brown skin, and curly hair. I am dating a respectable, hardworking man that would do anything to make me smile at the end of the day. I am dating a man who helps me buy groceries, wash laundry, and even clean my apartment even though he has other things to do, works 40 hours a week, and it’s not his job. I am dating a man that holds doors open for me and everyone else behind him EVERY TIME. 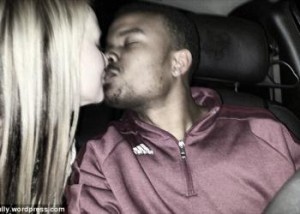 Sullivan, who is dating 20-year-old Ra’Montae Green, went on to suggest that people stop judging others by the color of their skin and “wake up.” The aspiring social worker’s blog post has since gone viral. Check it out in full here.

Next These Are All The Charges This COP Killer Racked as He Exploded in an Expletive-laced Tirade After His Verdict Was Read. [VIDEO]