Many of you understand that a major argument consistently heralded by the American revolutionaries was not simply a cry of “taxation without representation.” A more foundational objection was that Britain was violating its own laws they had instituted in the colonies decades before the Stamp Act, Sugar Act and the Townshend Acts. Many of our founding fathers rightly objected to the violation of laws that had long created peaceful, practical resolves to guarantee freedom, protection and direction for its citizens. The British ignored these early constitutions and instituted ridiculous tariffs that padded the wallets of loyalists and propped up the diminishing treasury in Britain. The Red Coats ignored the laws that the colonists agreed to previously and suddenly were breaking or ignoring those same laws. 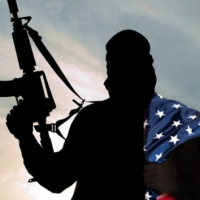 Do any of these shenanigans sound familiar? There is and will continue to be a growing opinion that we “modify” much of our Constitution and redefine many of the foundational principles of the Bill of Rights in particular. The argument for this growing movement is that we are no longer the same society and the rule of law is an ever-shifting foundation that needs constant adjustment. With this “adjustment” there will be an eroding of fundamental rights or liberties we have long been guaranteed.

Consider the First Amendment which cites three basic human rights: “Congress shall make no law respecting an establishment of religion, or prohibiting the free exercise thereof; or abridging the freedom of speech, or of the press; or the right of the people peaceably to assemble, and to petition the government for a redress of grievances.” Freedoms — oh how wonderful they are! Freedoms are what have made America the envy of all nations. The “Land of the free…”

As Americans, we must revisit the reason for the struggle for independence. We have inherited that same struggle in our generation! There is no argument that our “inalienable rights” are being challenged at every turn and we must possess the same “spirit of liberty” that our founders held dear to them. In order to be effective in our efforts we need to remember from what pit we were dug and determine not ever to return there again. Unfortunately, many today would like to archive and ignore the Declaration of Independence from which we were birthed.

My fear is that our own government, like Great Britain, may be found to be the greatest threat to its own Constitution. If that happens, militias will rise up with added strength from sea to shining sea. Why? The average citizen has a limit as to what infringement on their rights they will tolerate. There are already various militias in every state and they are growing in numbers. Unfortunately, they have no trust in their government. They read about our founders and the “spirit” they possessed that brought about this great nation. They, too, are willing to fight for the preservation of these freedoms with that same “spirit.”

Let me declare right now that I am not in agreement with some of these radicals. At this time in history I do not believe that violent civil disobedience is the way to preserve and protect the Constitution, but I do believe it must be defended. We must continue to vote, protest, assemble and petition our government with our grievances.

Some of these militias especially cite the Second Amendment, “A well regulated militia, being necessary to the security of a free state, the right of the people to keep and bear arms, shall not be infringed.” They will note that the founders were concerned that the government could become corrupt and shift toward a totalitarian state similar to the one they had defeated. In that case, the people must rise up in opposition!

When any government abandons its own foundational rights for its citizens, those citizens will eventually rise up in opposition. It is not so much that new laws will stir them to civil disobedience, but they, like their predecessors, will not tolerate an attack upon those basic freedoms they have long embraced.

Next Did Martin Luther King, Jr. Mean What They Say Now?